This guide to SDN controllers describes the options available via open source software, traditional networking vendors and SDN startups, and how they differ.
Network Computing Editors

As the concept of software-defined networking gains traction and you think about SDN deployment in your organization, the number of choices available may be baffling. There are a number of open source SDN options, and it seems every traditional networking vendor has jumped into the ring with its own products or platform. Then there are the SDN startups, which are too plentiful to count.

Here we focus on SDN controllers in the market. The SDN controller is especially crucial because of the central role it plays in the network. The controller is an application that enables intelligent networking by allowing IT to control the flow between physical network devices on one side and applications on the other.

SDN controller platforms take the burden off network devices by removing the control plane from the network hardware. They use protocols such as OpenFlow and OVSDB to control traffic and configure network devices, typically via an assortment of modules that are able to provide different functions. Controllers can manage and monitor both virtual networking infrastructure and the underlying physical networking devices, and many can isolate parts of the network for multitenant network infrastructure. 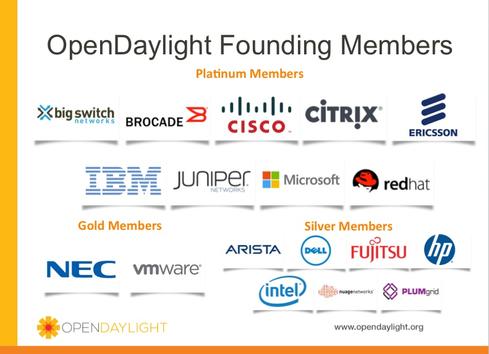 There are several flavors of open source SDN controllers, and many networking vendors have joined the OpenDaylight Project in order to contribute or develop compliant products. As a result, several commercial products are now based on open source code and are frequently designed to work with OpenFlow-enabled network devices.

SDN controllers can be useful in many environments, including cloud and data center networks, where they can offer better utilization of resources and faster turnaround times for multitenant segregation, and in enterprise campus networks, in which the benefits of network access control and network monitoring can be leveraged. They also show great promise for service provider networks, where traffic optimization and control of application flows is essential to business growth and success.

Which SDN controller is right for your network and applications? We've outlined the options, focusing mainly on those that can be used in the enterprise, to help you decide.

NOX was the first OpenFlow controller, developed at Nicira Networks (acquired by VMware in 2012) in parallel with OpenFlow. It was written in C++ as a program to manage switches. Nicira donated NOX to the research community in 2008.

POX is the successor to NOX, written in Python. POX is still under active development with the goal to develop the archetypal, modern SDN controller.

Beacon is written in Java and works with the Eclipse integrated development environment. Although limited to star topologies, it was the first SDN controller that allowed programmers without extensive experience to enable SDN environments.

Floodlight is based on Beacon and is Apache-licensed. One of the open source projects supported by Big Switch Networks, the controller can work with networks containing OpenFlow and non-OpenFlow components. It also integrates OpenStack cloud orchestration.