Alternatives to traditional network switches expand, but questions remain about their viability for the enterprise.
Marcia Savage

The open networking trend picked up steam this month with product announcements from Cumulus Networks and Barefoot Networks and a growing ecosystem supporting Facebook's Wedge switch. Despite the increasing number of alternatives to traditional proprietary switches with tightly integrated software and hardware, there is still skepticism about whether open networking can expand beyond web-scale companies to the enterprise.

Cumulus Networks this week announced that it integrated its Linux-based network operating system designed for white-box switches with Facebook's Backpack open modular switch platform. The system, which expands Cumulus' portfolio to a chassis platform, uses hardware from Celestica and is available from Cumulus and its partners. Cumulus also supports Facebook's second-generation Wedge 100.

Cumulus' Backpack integration was part of a flurry of announcements from vendors supporting Wedge and the network disaggregation goals of the Facebook-led Open Compute Project. For example, startup Apstra said it integrated its distributed data center network operating system with Wedge 100, and Big Switch Networks talked up advances with OCP's Open Network Linux project, to which it contributes.

For the web-scale companies like Facebook that led the open networking charge, the benefits of network disaggregation -- separating software from hardware -- are clear. Luis MartinGarcia, a network partner engineer at Facebook, wrote in blog post that disaggregation enables the social media giant to build more efficient, flexible and scalable infrastructure. "By building our data centers with fully open and disaggregated devices, we can upgrade the hardware and software at any time and evolve quickly," he said.

What about enterprise networks?

With the recent developments in open networking, I reached out to a couple experts for their take on the trend and whether it's expanding beyond its web-scale roots. Tom Hollingsworth, organizer of Tech Field Day and an Interop ITX Review Board member, said he's impressed with what Barefoot is doing with Edgecore, but overall is skeptical of open networking's prospects in the enterprise.

"Facebook's switches serve Facebook's interests. Your data center is not Facebook. Very few are," he told me in a phone interview.

"People don't want to go on their own and search on forums to find out how things work," said Hollingsworth, who pens the popular Networking Nerd blog. "Executives don't want to hear, 'We can see how to fix this online for half the cost.' They want to know who to call when things don't work so they can scream and yell and get their way."

"If open networking can give you 90% of the feature set at half the cost, but still give you the support you need, great," he added. "If it can't do that, there's no future in it."

Still, there's no reason that smaller companies can't reap benefits from the concept of open networking, Conde said. Companies like Cumulus, Big Switch, and Dell are taking steps to overcome the DIY-challenges by providing support options and making it enterprise friendly. They also make the OCP designs easier to consume, he said. 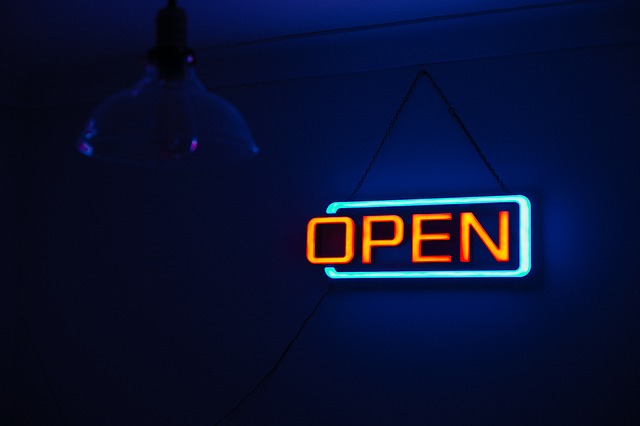 For its part, Cumulus says its more than 500 customers include midsize enterprises and even local school districts. The company last fall introduced a command-line interface designed to provide network operators accustomed to Cisco CLI with a familiar-looking tool, Cumulus CEO Josh Leslie told me. The tool, along with functionality added to its software stack, will help broaden adoption of Cumulus, he said.

Cumulus last week took another step to expand its reach with the introduction of a turnkey switch preloaded with its software. Cumulus Express is built on 1G through 100G hardware platforms from Edgecore. While selling a hardware box could seem a bit counter to the concept of disaggregation, Leslie said it's not.

"We're still maintaining the separate of hardware and software in a very deliberate way," Leslie said, noting that the boxes were already on Cumulus' hardware compatibility list. "We just integrate everything for you, and deliver an integrated system for you, which makes your time to value very short, but doesn't diminish the value of disaggregation."