ONF And ON.Lab Becoming One

The Open Networking Foundation and Open Networking Lab, key players in the drive toward software-defined networking, have inked a deal to become a single organization under the ONF name.

The idea is to bring ONF's standards efforts together with ON.Lab's open source work, thereby accelerating adoption of SDN. Launched in 2011 by industry giants like Google and Microsoft, ONF promoted SDN and worked to standardize the OpenFlow protocol. ON.Lab, founded a year later by thought leaders at Stanford and UC Berkeley, developed two major open source SDN projects: the Open Network Operating System (ONOS) and the Central Office Re-architected as a Data Center (CORD), both geared for service providers.

ON.Lab Co-Founder and Executive Director Guru Parulkar, a consulting professor at Stanford University, will lead the joint operation. While the legal merger will take some time – it's not expected to be final until August 2017 – the organizations will begin working together immediately under an affiliation agreement, he said. The merger will create a unique organization that enables open source development to guide standards, Parulkar said.

"ONF and ON.Lab have been pioneers of SDN," he told me in an interview. "We're coming together to chart the next phase of SDN."

There's been concern in the networking industry that standards are losing significance because the standards process is flawed and stymies interoperability, Parulkar said. And while open source is gaining traction in networking, it doesn't eliminate the need for standards. With the merger of ONF and ON.Lab, ideas from open source platforms can fuel, for example, development of standard northbound APIs, he said. 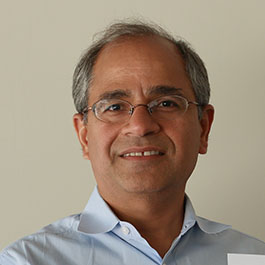 ONF tried working with open source groups in the past on northbound interface standards, but had a hard time getting them to participate, Parulkar said, adding that the merger will overcome that problem. Meanwhile, ON.Lab has wanted to collaborate with other open source SDN groups, which the merger will facilitate.

The two nonprofits already share an office in Mountain View, Calif., and a co-founder, Stanford Professor Nick McKeown, who also is a board member of both.

ONF plans to promote ONOS and CORD, both Linux Foundation projects. It also will work with other open source projects such as OpenDaylight and the Open Platform for NFV. Parulkar said ONF will continue to update OpenFlow, but added that its interface standardization work will expand beyond OpenFlow. ONF's SDN certification efforts also will continue, but there are opportunities to expand it to more specific SDN platforms, he said.

Rick Bauer, who has served as ONF's interim executive director in the wake of Dan Pitt's departure a few weeks ago, will serve as ONF's head of standards. Pitt was a passionate promoter of SDN.

The merger brings together ONF's 110 member companies with ON.Lab's 17 partners and 70 collaborators. Many companies such as AT&T are members of both organizations.