By bringing the cloud edge closer to users, where content is both created and consumed, storage, compute, and connect resources can be more efficiently utilized.
Steve Alexander 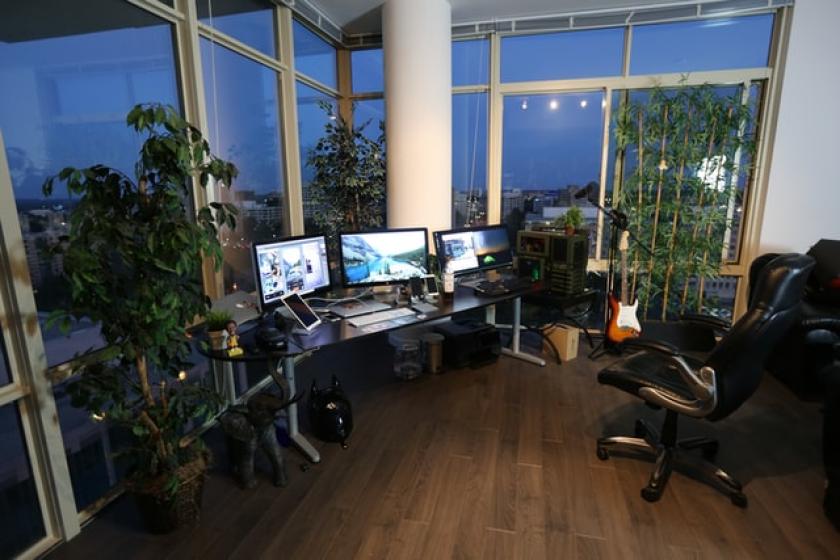 The pandemic has forced the world to rely on the network more than ever. Children are studying at the kitchen table alongside their parents, who are working remotely, many of them for the first time. Our personal and business lives have now changed, and we're interconnected in an unprecedented manner. Entertainment has largely moved from theaters, arenas, and the outdoors to indoors. More than ever, the stability, capacity, and reliability of the home broadband network is paramount to work, live, and play.

Some of this shift to home, particularly work, is likely to stay beyond the pandemic: a recent S&P Global survey found that 67% of surveyed organizations expect universal work-from-home (WFH) policies to remain in place either permanently or for the long-term. And, in the US, we’re seeing that the number of Americans working from home has at least doubled since the pandemic began. Yet another study commissioned by Ciena in Europe found that more than two-thirds of those living in Britain expect to work remotely more often even after lockdown restrictions ease.

This shift has a significant impact on cloud and telecom service providers. Until now, high-speed broadband was primarily focused on urban areas where there is a high density of businesses that require enterprise-grade connectivity. Service providers and cloud providers targeting businesses could typically position their offering around those urban areas – the cloud was the core, and the edge of the network was a small portion of total business. Today, the “cloud” consists of both core data centers as well as growing numbers of regional and edge data centers with a total of some 10,000 data centers expected this year, according to International Data Corporation.

Now, the edge of the enterprise network needs to be everywhere. Millions of workers are now shifting out of major enterprise hubs, and into more remote locations, from city apartments to suburban homes and rural locations. This leads to increased latency and a greater need for compute power, capacity, and storage closer to the new edge, where content is consumed.  The tech and telco industries have been working for years to expand their edge offerings - now they must rapidly scale up. The prize is millions of happy home office workers and a cloud-first work model that could last for decades.

Remember, it’s not just people connecting on Slack and Zoom or reading emails working at this new edge: it is also the video editors working from home processing massive files. Physicians are conducting remote health visits that require the highest quality video imaging. It is educators needing low-latency interactive engagements with students. Entertainers are creating high-quality multimedia content for distribution. Many workers need to transmit huge files across the same fibers you’re now using for streaming Netflix and other bandwidth-intensive video streaming services.

For these and other work-from-home applications to function at their optimum, the new edge requires the network connection to work seamlessly with cloud compute and cloud storage to provide the experience that a user has come to desire. Ideally, the quality of user experience that we're accustomed to when physically working in the office should be able to be reproduced anywhere. To do that, the cloud will need to be able to provide storage and compute capabilities as close to end-users as possible.

Simply put, if an application runs closer to the user, not only is the latency reduced, but the data traverses a shorter span of the network, which reduces the resources required. That’s why in the next five years, we believe you'll see hundreds of thousands of scaled-down data centers emerge at this new edge of the network, to form the Edge Cloud.

This Edge Cloud will consist of Edge Cloud Data Centers in close proximity to clusters of end-users, humans, and machines, that will benefit from higher performance and lower networking costs. These new edge cloud nodes will offer storage and compute resources but will operate much closer to end-users in a nearby location. Ideally, this will be no more 100 to 200 km away for latency-sensitive applications and less than 10 to 20km away for those needing ultra-low-latency.

Localized edge compute will be able to host both persistent and on-demand applications. The Edge Cloud will also continue to use caching that will respond to and anticipate local streaming demands. Additionally, providers like Netflix have built their own globally distributed content delivery networks (CDN) that localizes content closer to users, which helps to reduce the strain and geographical distance needed to carry its traffic going across networks and improves the viewing experience.

To maximize the benefits of the new edge cloud, service providers will need to lean on AI-enabled analytics, which would allow for real-time sharing of storage, compute, and connect resources. Analytics and AI techniques could identify usage trends and service-affecting congestion, analyze the root cause of these issues, predict future patterns and identify ways to reoptimize resources – all of this being done in the background to optimize the Edge Cloud performance.

Intelligent, analytics-driven orchestration software for multi-domain services and virtualized network functions – the virtualization of hardware, such as routers on the network – will need to be deployed to enable the rapid creation, deployment, and automation of end-to-end delivery of services and applications across the edge cloud.

While it sounds like there is plenty to be done, these technologies have already been deployed in cloud and network environments. What we need to do now is extrapolate them out to the new, distributed cloud edge.

The pandemic has forced us to completely reconsider the workplace and what that means for the network. By bringing the cloud edge closer to users, where content is both created and consumed, storage, compute, and connect resources can be more efficiently utilized.  By bringing the cloud closer to the edge, providers will ensure the work experience becomes seamless, whether we are working at home, in an office, or on the road.

The industry is turning to NFV and the Twelve-Factor App, a methodology for building software-as-a-service apps that are suitable for deployment on modern cloud platforms.