Integrating IT systems and transferring data are tough tasks after a merger or acquisition, but companies can use the public cloud to streamline the process.
Stephanie Tayengco

After a flurry of tech M&A deals in 2015, analysts predict an equal if not stronger rate of deals in 2016. But while the size of these tech M&A and divestment deals and potential market factors usually make headlines, the success of recent and future mergers may depend on a critical but much less flashy detail: what each company will do with its big, hulking data centers.

Data transfer and system integration are usually an afterthought in M&A negotiations, but can represent one of the biggest headaches throughout the M&A or divestment process.

Post-sale, line of business owners have the near-impossible task of making two or more highly complex, interdependent systems talk to each other. IT is tasked with accomplishing this on a strict timeline; until systems are combined, effects are felt throughout the organization. Data center consolidations, large data transfers, and application-level standardization can pose significant challenges for any one team, but is significantly more complex to collaborate across multiple teams and entities.

Just imagine what this will look like at the level of the massive Dell-EMC deal, where product timelines and innovation may depend on the integration of two enormously complex infrastructure systems. Regardless of the size of the deal, data centers and in-house infrastructure can get in the way of doing business.

The answer to M&A IT integration woes may come from an unlikely source: the public cloud. In fact, public clouds offer relief to many of the typical issues IT teams struggle with both pre- and post-sale. When an acquired or divesting company moves to the cloud, it can create an escrow-type environment or “neutral zone” during the transition that clarifies data ownership, provides clearer cost projections, and centralizes access controls.

For example, Hess Corporation shared details on the divestment of a large portion of its retail and energy marketing business line during AWS re:Invent 2014. To deliver the line to the buyer intact and on time, Hess leveraged Amazon Web Services, treating the marketing business as an object that needed to be put into a neutral zone during the transition.

Hess applied automation to build out hundreds of servers a day and used built-in AWS tools to create backups, implement monitoring and set up network connections. Handing over the keys to the buyer was a simple process; a single set of credentials were given to the buyer in a 30-minute meeting, rather than a complex handover drawn out over multiple months and spanning multiple data centers. 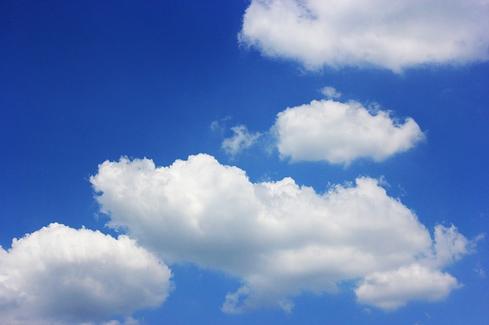 What is so impressive about this is that the entire IT transition took place in just six months -- well under half the time expected if Hess tried to migrate its business to another data center. The ease of this process was seen as a strong benefit of the deal.

For companies looking to acquire divested companies or any company for that matter, the state of their IT can either be an asset or a stumbling block. A company that has invested in efficient operations and staff with valuable cloud skills can make the company more appealing to buyers.

In tech M&A, there are usually existing relationships with public cloud providers, and both acquirers and acquired companies should see the public cloud as option #1 for IT hand-off or integration. In fact, it's even possible that EMC’s “cloud” (software on top of VMware) can provide the same benefits for the Dell-EMC merger. Both companies have a lot to consider to make the acquisition process as streamlined as possible.

There are plenty of factors to consider in M&A post-sale integration, including financial synergies, strategic alignment, and cultural fit. However, it's just as important for infrastructures and systems to enable collaboration in the right way. Divesting and soon-to-be-acquired companies should look at a potential sale as an opportunity to build out a center of excellence around cloud technologies.