AT&T developed ECOMP internally to enable an architecture for network functions virtualization (NFV), an architecture that allows service providers to replace static appliances in their infrastructure with virtual services that are more elastic and agile. In the service provider world, NFV affects everything from customer-premises equipment such as edge routers and firewalls to core infrastructure (Evolved Packet Core in LTE networks).

ECOMP stands for Enhanced Control, Orchestration, Management and Policy. It’s a framework of software modules that AT&T uses to manage and automate the lifecycle of virtual network functions (VNFs) in its software-defined networks, from VNF design and creation to operations. AT&T describes ECOMP as an “operating system” for developers to build VNFs on.

However, NFV is also relevant to enterprise networks, and the Linux Foundation believes ECOMP will be, too. For instance, last year EMA research found that NFV affects the decision-making of 29% of enterprise network infrastructure teams. Enterprise NFV affects both data-center networks and wide-area networks, with virtualization of routers, firewalls, application-delivery controllers, WAN optimization controllers, and more.

Enterprises often rely on their infrastructure vendors to partner with each other to orchestrate various aspects of the VNF lifecycle in their networks. If the Linux Foundation were to adapt ECOMP for enterprise use, it would give enterprises a vendor neutral, open source framework for NFV enablement. 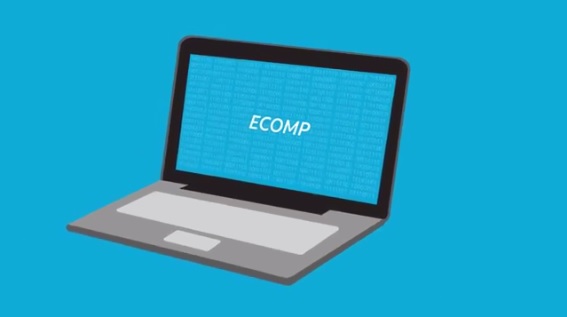 The Linux Foundation’s new general manager for networking and orchestration Arpit Joshipura alluded to this when I talked to him a few weeks ago. He views ECOMP as a technology that could support enterprise NFV design, data modeling and FCAPs (fault, configuration, accounting, performance, security).

The Linux Foundation has become the center of the open source networking universe over the last couple years, with a variety of projects up and down the networking stack, from orchestration and control down to the data plane. Many of those projects are aimed at serving the needs of service providers, such as the Open Network Operating System (ONOS) and Central Office Re-Architected as a Data Center (CORD). Others serve the needs of service providers and enterprises, such as Open vSwitch and OpenDaylight.

Most of the early work that the foundation does with ECOMP will be focused on serving the needs of the service-provider industry. But in the next couple years, we will see the foundation adapting the software to meet the needs of enterprises that are trying to transform their networks with NFV and SDN.