Learn how to select a WiFi access point with the best antenna for your design.
Jason Hintersteiner

There are a wide variety of access points for internal and external WiFi use as well as for wireless backhaul applications, a.k.a. point-to-point (PTP) or point-to-multipoint (PTMP). One of the most distinguishing features of these access points is their antennas. With such a dizzying array of choices, how do you choose the best antenna for your application?

An indoor ceiling mount AP with internal antennas is generally designed to be mounted on a ceiling, with most of the antenna energy projected outwards (horizontally) and downwards (vertically). This type of AP can be mounted on the wall, but then the area of coverage changes to project most of the energy both up and down (vertically) and outwards primarily in one direction (horizontally). Since the internal antennas are fixed, the area of coverage is also fixed based on how the AP is physically mounted.

For most indoor WiFi deployments in environments such as schools, apartment buildings, hotels, and offices, the built-in internal antenna of a ceiling mount AP provides sufficient coverage for the desired area. It also satisfies aesthetics constraints, as people generally do not like seeing external antennas, especially in most indoor environments.

For 802.11n/ac features like MIMO and MU-MIMO to work properly to achieve faster speeds, the relative placement and alignment of the antennas to each other is critical. For MIMO, the multiple antennas at both the transmitter and the receiver need to be out of phase of each other. An AP with internal antennas has fixed mounting positions that already accommodate this alignment. When using an AP with external dipole antennas, the relative alignment of the antennas can be easily altered, either during install or during the AP's normal lifecycle, which will corrupt the MIMO performance and therefore the ultimate performance of the AP. 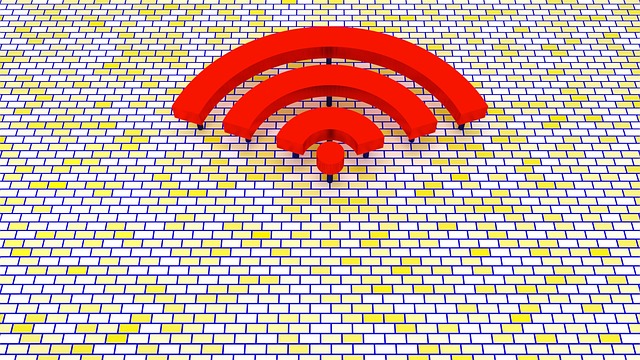 For point-to-(multi) point wireless backhaul links, directional antennas are commonplace, since each wireless station is at a fixed point. Many AP vendors have single-band AP models with integrated patch antennas specifically intended for such applications. Most vendors that specialize in this market provide a family of different models, where the key difference between the models is the embedded antenna, including a model with antenna ports for connecting an external antenna.

The tradeoff when selecting an AP with an internal antenna is the loss of the ability to change that antenna in the design, such as providing larger areas of coverage in specific directions. When an AP has external antenna ports, there is a lot more flexibility in selecting an antenna that fits the desired coverage area. The choice of access point and antenna comes down to the required coverage area needed for your application. Antennas are a key design tool in meeting coverage and mounting constraints, thus should be carefully considered for any large-scale WiFi or wireless backhaul project.