Wireless is a shared medium invisible to the eye. We typically find out about WLAN performance problems from end users and through testing. Two reasons for poor WiFi performance are co-channel Interference (CCI) and adjacent channel interference (ACI).

A well-thought-out WLAN design can help mitigate the amount of CCI/ACI deployed on implementation. Visualization tools such as site survey software assist in displaying both effects to an engineer.

After an implementation, validation surveys ensure the wireless network is operating as designed. This includes verifying the amount of CCI/ACI.

CCI is a common deployment issue that can be resolved with configuration changes. Co-channel interference is when transmissions occur on the same frequency in the same area.

In the example below, Belkin:9D:06:C4 and Apple:Cb:07:EF both service an area on channel 1. Both APs can hear each other at a strong signal level. The APs have effectively combined into a bigger contention domain. Each device that both APs service will need to contend with each other for air time. 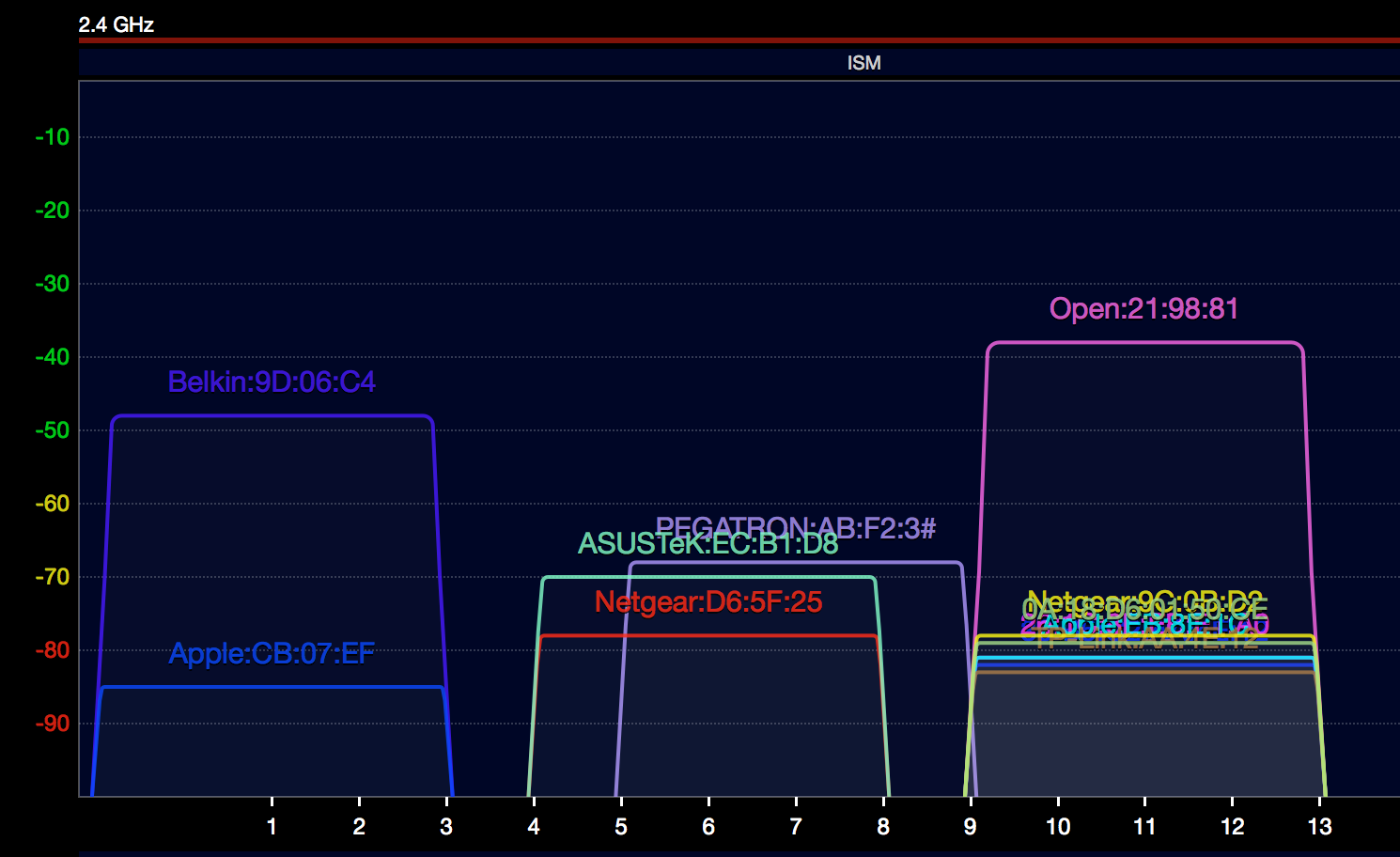 Co-channel interference negatively impacts wireless networks when there’s an increase in contention. An example is a high-density area. As stations attempt to use the medium, they may need to wait for others to complete their transmissions. When this occurs, stations update their timers based on a network allocation vector (NAV) value within frames each station can read.

From the end user’s perspective, it can appear that WiFi is slow or not operable at all.

A station performs clear channel assessment (CCA) to determine if it can transmit on an idle medium. A received signal may get corrupted by ACI from a nearby transmitter on the overlapping frequency if that received signal is weak. 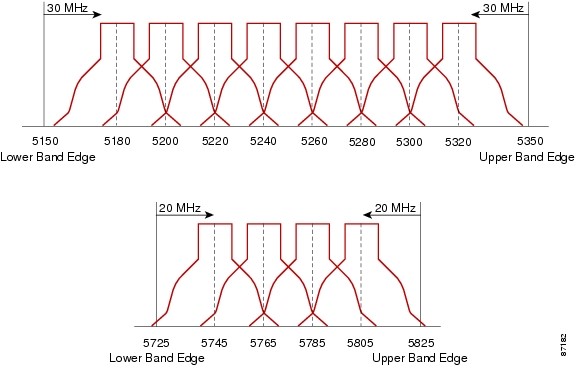 If the signal from ACI was strong enough, it would trigger a misleading CCA. A transmitter would perform CCA on its channel only to detect energy from an adjacent overlapping channel. As a result, the station defers communication.

A good channel re-use plan can help resolve CCI and ACI issues. The 2.4 GHz spectrum only contains three non-overlapping channels. Careful planning must be performed for the amount of 2.4GHz-enabled radios in a given environment. Predictive planning software can help visualize this.

Because of the lack of available non-overlapping channels in 2.4GHz spectrum, it's best to optimize WiFi using 5 GHz on 20 MHz channel widths.

With this recommendation in mind, we are allowed 25 non-overlapping channels in the 5GHz spectrum. Enough channels for a reliable channel re-use plan. With predictive planning software, it is possible to determine which channels are overlapping and which of those may cause adjacent channel interference.

At a maximum, 40 MHz channel widths can be utilized, but not until after determining it is possible through a wireless site survey.

Designing a wireless network optimized for 5 GHz will help minimize the negative effects of CCI and ACI. But without a channel plan in place, it's possible to create a self-induced performance problem. Utilize 20 MHz channel widths, 40 MHz at a maximum.