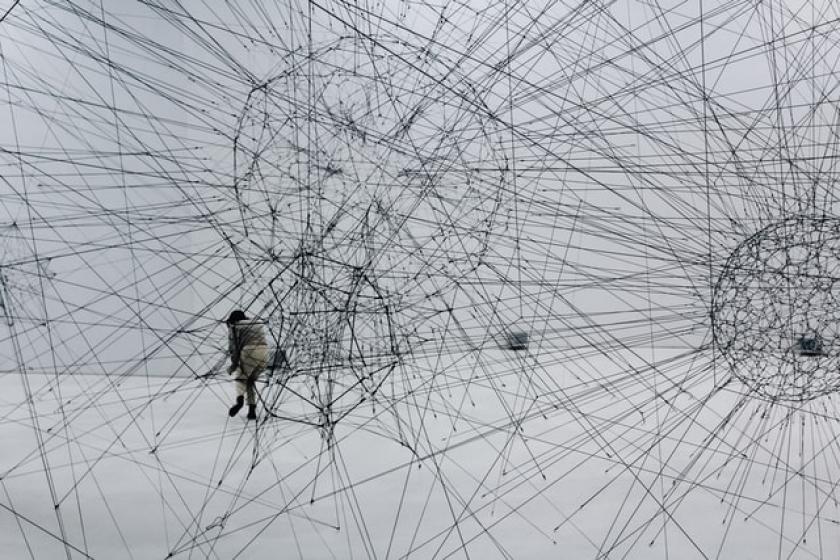 A promising new chipset that portends to accelerate the creation and expansion of cellular IoT networks for new business-transforming applications/use cases appears likely to grab the attention of enterprises, entire cities, and carriers in the U.S. and abroad.

The modem chipset boasts greater power efficiency, a key element in the cost of massive, low-power, IoT networks. Wide-area nets are already known for connecting inexpensive and far-flung devices such as sensors that transmit small amounts of data.

Global chipmaker Qualcomm's forthcoming Narrow-Band Internet of Things (NB-IoT) 2 chipset is called the 212 LTE IoT Modem and will be used in network devices that not only make more efficient use of power but that are likely less expensive and last longer than today's crop of NB-IoT units.

That should be a trifecta worth tracking for IT managers and application deployment staff tasked with charting the future of their employers’ business networks. The chipset will not be commercially available to device vendors for inclusion in their equipment until the second half of this year, says Qualcomm.

If used widely by device makers, its expected users could justify the creation of larger networks, called massive IoT, for smart cities, expansive tracking and monitoring applications that could reach beyond the U.S. thanks to cellular carrier roaming agreements. In the last 18 months, AT&T, Verizon, and T-Mobile have rolled out NB-IoT services. Sprint has committed to deploy an offering based on customer demand.

An industry organization that represents the interests of over 750 mobile operators as well as over 400 device makers, handset vendors, and software companies worldwide, the GSMA defines NB-IoT as a low power wide area (LPWA) technology developed to enable a wide range of new IoT devices and services. NB-IoT significantly improves the power consumption of user devices, system capacity, and spectrum efficiency, especially in deep coverage.

NB-IoT can help meet the demanding requirement of extended coverage – rural and deep indoors – and ultra-low device complexity, according to the GSMA. The technology has been gaining popularity in part because battery life of more than ten years can be supported for a widening range of uses. Qualcomm believes its latest NB-IoT chipset can support a battery life of 15 years.

NB-IoT was defined in Release 13 of the 3GPP specification in mid-2016. NB-IoT uses a bandwidth of 200 kHz and can coexist with GSM and LTE in licensed frequency bands. Networking products that have employed NB-IoT can support data transmission at up to 200 Kilobits per second.

The number of cellular IoT connections is projected to reach 5 billion in 2025, according to a recent to a forecast from carrier equipment maker Ericsson late last year. NB-IoT and Cat-M technologies are expected to account for over half of these.  The number of IoT of all types is forecast to reach 25 billion by 2025.

The design of the chipset is intended to help OEMs get their end products to market sooner, according to Qualcomm. The chipset is a single-chip solution that includes a modem baseband, an application processor, memory, an RF transceiver with a fully integrated RF front end, and power management units. A high level of integration will enable OEMs to build smaller LTE modules (under 100 square millimeters in size).

Should devices that use Qualcomm’s forthcoming NB2 chipset find their way into service provider networks, IT managers would be able to consider applications such as asset tracking on an international scale. That is because some U.S.-based carriers are already forging interconnection agreements with service providers to enable potentially massive IoT applications that extend beyond the 50 states.

Last October, AT&T announced plans to work with Vodafone to enable devices to roam. This, the carrier claims, will allow an item such as a tracked package to travel between AT&T's NB-IoT service in the U.S. and Vodafone networks in countries including the U.K., Germany, Italy, and Spain. The work was scheduled to be completed by year-end.

IT managers responsible for wireless operations outside the U.S. must check with carriers to see if they have roaming agreements with their counterparts overseas. Enterprises with locations overseas or assets that leave the states on the way to delivery to foreign destinations can benefit from roaming/carrier interconnection arrangements.

AT&T, Verizon, and Deutsche Telekom expressed interest in the Qualcomm NB2-IoT chipset when it was announced in mid-April.  "The Qualcomm 212 LTE IoT Modem will help unlock new possibilities for enterprises on NB-IoT networks through efficiencies in cost, power usage, and form factor," said Cameron Coursey, vice president of advanced solutions at AT&T, in prepared comments. "We look forward to validating the chipset for the AT&T network."