DSS is a win for network operators seeking to accelerate the deployment of NR networks and users that need to ensure their IoT devices have long lifespans.
Gus Vos 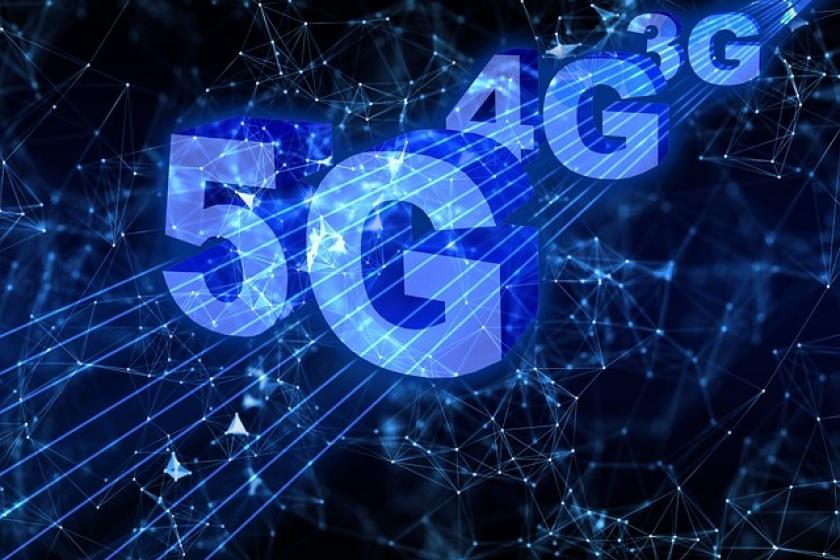 As Mobile Network Operators (MNOs) continue to rollout 5G New Radio (NR) networks, a popular topic of discussion has been about how Dynamic Spectrum Sharing (DSS) is helping speed these network rollouts. But what has been less discussed is how DSS will extend the life of IoT devices that use Long Term Evolution (LTE) technologies, like LTE Machine Type Communication (LTE-M) and Narrowband IoT (NB-IoT). LTE-M and NB-IoT are used by many IoT devices that need to have an expected lifetime of 10 years or more. By allowing NR, LTE-M, and NB-IoT to all use the same spectrum, DSS is not just driving faster deployment of NR networks, but also helping ensure that MNOs will continue to provide the connectivity LTE-M and NB-IoT devices need for years to come.

What is Dynamic Spectrum Sharing (DSS)?

DSS is a capability delivered by NR technology that lets MNOs simultaneously use wireless spectrum for both NR and LTE technologies. DSS is possible because NR and LTE use the same orthogonal frequency-division multiplexing (OFDM) base modulation process and scheduling structure to encode and transmit data. This, along with NR’s ability to schedule around all of LTE’s mandatory broadcast signals, allows NR and LTE to dynamically share the same spectrum. (See Figure One). Using DSS, cellular base stations can decide whether to schedule LTE data transmissions, NR data transmissions, or both on a 1 millisecond basis. 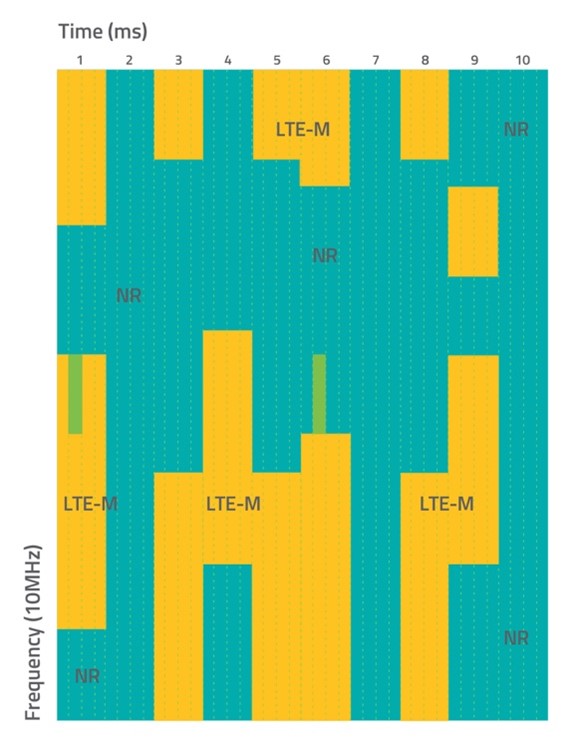 Figure 1: NR and LTE use the same orthogonal frequency-division multiplexing (OFDM) base modulation process and scheduling structure to encode and transmit data. This, along with NR’s ability to schedule around all of LTE’s mandatory broadcast signals, allows NR and LTE to dynamically share the same spectrum.

How Does DSS Accelerate the Deployment of NR Networks?

While governments are allocating new bands of wireless spectrum for NR networks, this spectrum (especially spectrum below 6 Ghz) is still in short supply. DSS enables MNOs to use some of the sub-6 GHz spectrum they currently use just for their LTE networks to support both LTE and NR networks. With DSS, MNOs can first allocate low amounts of this spectrum to NR, since NR devices are still rare, and demand is minimal. Then, over time MNOs can use DSS to allocate more spectrum to NR as the number of NR devices grow and demand for NR capacity increases. By starting small and then expanding the amount of spectrum they allocate to NR, MNOs can quickly begin offering customers NR services today, and then scale up their NR network capacity as adoption of NR devices rises.

How Does DSS Extend the Life of IoT Devices?

DSS is not just speeding up the deployment of NR. It will also extend the life of LTE-M and NB-IoT-based IoT devices by reducing the need for MNOs to re-farm the spectrum used by these devices.

As many of those in the wireless industry know, shutting down older wireless network technologies in order to use their spectrum for newer cellular technologies can be quite painful for customers. Though these shutdowns allow MNOs to more rapidly roll-out new network technologies, most customers find that the process of integrating new wireless technologies into their existing IoT devices expensive and time consuming, with often little to no value added.

However, thanks to DSS, MNOs do not need to re-farm the sub-6 GHz spectrum currently used by LTE-M and NB-IoT devices to use that spectrum for NR devices. Over time, DSS will also allow MNOs to continue to support LTE-M and NB-IoT devices even as demand for NR services increase. DSS allows MNOs to dynamically adjust the amount of spectrum which they allocate, which allows the spectrum to be fully utilized no matter the proportion of NR vs LTE-M or NB-IoT customers. (Figure 2). In addition, since the network overhead used to support LTE-M and NB-IoT is very low (less than 1 percent for some configurations), most of this spectrum can be allocated to NR customers if needed.

Figure 2: By allowing them to dynamically adjust the amount of spectrum which they allocate to NR vs LTE-M or NB-IoT customers, DSS enables MNOs to continue to support LTE-M and NB-IoT devices even as demand for NR services increase.

Because DSS allows NR, LTE-M and NB-IoT to coexist in the same spectrum, companies building and deploying LTE-M and NB-IoT devices can be confident that, even as NR takes off, there is little reason for MNOs to sunset LTE-M or NB-IoT technologies, allowing these IoT devices to perform as intended for at least a decade in the future.

DSS is a win for both MNOs seeking to accelerate the deployment of NR networks and users of LTE-M and NB-IoT devices that need to ensure these devices have long lifespans. MNOs have more spectrum they can use for NR services, while the IoT device users know that the spectrum used by their devices will not be refarmed for the exclusive use of NR.

By bringing an end to the dark days when networks were sunsetted before many IoT devices had reached the end of their useful lives, DSS shows yet again how 5G NR is making the future bright for our new connected economy.