In the WiFi industry, we are on a never-ending quest always to push more and more data to more and more devices. A seemingly great mechanism for this is channel bonding, where neighboring 20 MHz channels are bonded together to form a larger channel. By doubling the channel width, you get slightly more than double the data capacity of the transmission.

Alas, however, as with all throughput enhancement techniques, channel bonding comes with a price. Implementing channel bonding in ever-increasingly complex WiFi networks is a careful balance of tradeoffs that can make it difficult for even experienced WiFi professionals to properly understand. The natural inclination is to make the channels as large as possible, and most access point vendors make it very easy to do this on their equipment.

However, what generally is not provided is guidance as to where and how larger channels should, and should not, be used. As a result, many modern WiFi deployments are problematic, because their environments cannot properly handle the use of larger channels.

In a series of blogs, I'll discuss the various tradeoffs involved in channel bonding, cover the regulatory restrictions, and provide guidance on where it should be used in WiFi deployments. In this first part, I'll discuss the immutable laws of radio frequency physics.

In radio communications, a receiver that hears multiple signals at the same time on the same (or overlapping) frequencies cannot distinguish between them. When this happens in WiFi, this is referred to as a collision. The multiple transmitters are causing co-channel interference (or adjacent-channel interference in the case of overlapping channels). The transmitted frame is corrupted, because the receiver cannot distinguish the intended frame from other signals on the same frequency.

When people complain about WiFi performance, it's a safe bet that quite a lot of collisions are occurring.

To provide contiguous coverage throughout a facility, some coverage overlap between neighboring access points is necessary. This can, however, create self-interference, where the APs within the same network cause co-channel interference and result in collisions for client devices in these overlap zones. To avoid self-interference, WiFi engineers can apply a process called channelization, which involves setting independent channels on neighboring access points and carefully controlling their individual transmission output powers so that their signals do not interfere with each other in these overlap areas. 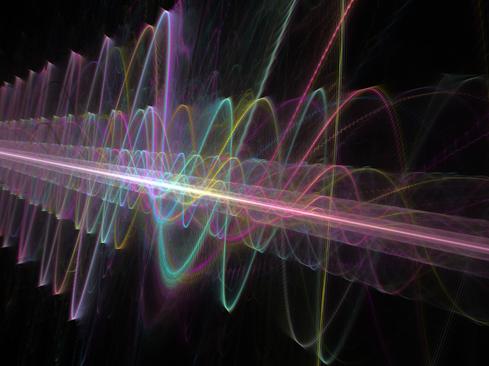 Larger channels also result in an increased noise floor, defined as the minimum threshold level below which a receiver cannot distinguish a signal from the background noise. There is naturally occurring background energy called thermal noise, as every object in the universe gives off very low levels of energy that are a function of temperature and bandwidth. For 20 MHz WiFi channels, this floor is approximately -101 dBm.

However, as channel sizes are doubled in size, the level of background energy also doubles (i.e. rises by 3 dB), increasing the noise floor to -98 dBm for 40 MHz channels, -95 dBm for 80 MHz channels, and -92 dBm for 160 MHz channels. Since the achievable data rate between two radios is a function of the signal-to-noise ratio (SNR) at the receiver, a higher noise floor results in lower effective maximum transmission speeds.

In my next blog, I'll discuss how the laws of RF physics intertwine with IEEE standards and worldwide regulatory domains to make the use of bonded channels challenging.