Will Nanotechnology Create the Next Industrial Revolution?

Nanotechnology is one of the top priorities for IT investments today. It appears to have (finally) found applications in many industrial sectors.
Bernard Brode 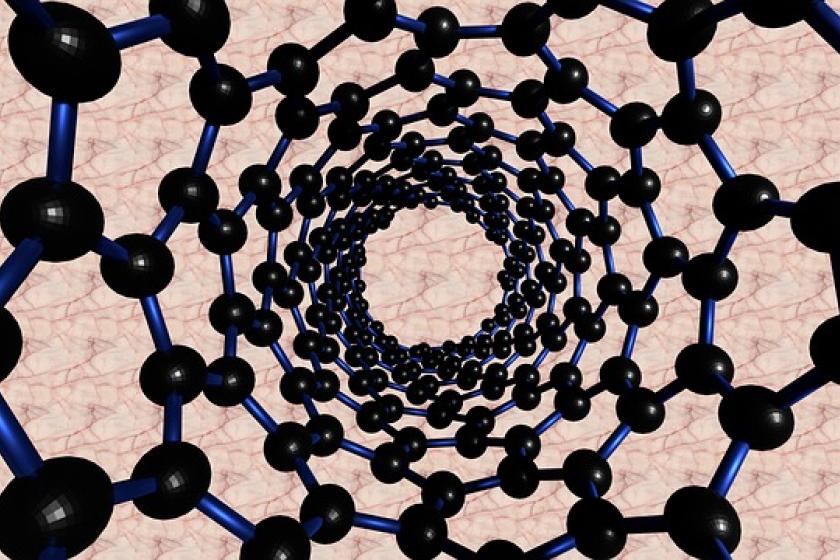 Those of us who work in the tech sector have grown somewhat skeptical of “the next revolution.” Every few years, a new book is published that claims that one of a variety of new technologies – AI, the Internet of Things, or even just a move to remote working – will completely change the way we live our lives, do business, and manufacture products.

Nanotechnology is one of the leading candidates to be the cause of the NEXT revolution. The technology has been a source of excitement since at least 2013, and in the past few years has finally found a number of real-world applications. Many analysts have decided we are looking at, for lack of a better term, the next industrial revolution.

In this article, we'll analyze that claim. We'll also explain the emerging applications of nanotechnology and point out that there are still many challenges to be overcome before these give rise to a genuine revolution.

The Applications of Nanotechnology

Let's start by giving credit where credit is due. The nanotechnology applications are growing quickly, and now encompass such diverse fields as medicine, manufacturing, and energy production. Within the industrial sector, nanotechnology remains especially popular and remains one of the top priorities for IT investments today.

Some of these advances have come at a material level. These include the nanoparticle embedded steel now being offered by ArcelorMittal, or the nanoscale diamond tips that Advanced Diamond Technologies developed. Much progress is also being made in scaling electronics – and particularly microchips – down to the nanoscale: using carbon nanotubes. Nanotech company Nantero developed an NRAM (Nanotube-Based Nonvolatile Random Access Memory) memory chip to replace high-density Flash memory chips.

In short, nanotechnology appears to have (finally) found applications in many areas of the industrial sector. At first glance, it appears to represent a paradigm shift in the way that products are designed and produced.

This has led some analysts to prophesize the imminent arrival of a new industrial revolution (the "fourth," as it is generally called). Among these prophets appear some extremely prominent names. Klaus Schwab, founder of the World Economic Forum in Davos, recently published a book along these lines, entitled The Fourth Industrial Revolution. He argues that the convergence between many emerging technologies – autonomous vehicles, 3D printing, gene editing, robotics, artificial intelligence, the Internet of Things, and nanotechnology – signals a new era of innovation, and a parallel convergence of the physical, biological, and digital worlds.

Though Schwab's point is well made, it will not come as news to those of us who work in tech. In fact, many of the "exotic" predictions he makes are already the subject of active research in firms and universities around the world. This is not to criticize his book, but rather to point to the fact that STEM researchers are not his target audience. In fact, and as Andrew Maynard of Arizona State has pointed out, the book seems more concerned in providing politicians and policy-makers a crash course on the technological innovation that is underway in the academic, industrial, and manufacturing sectors.

Given this, it's tempting to assume that if the "nanotech revolution" is real, it has already happened, or that it represents an incremental process of progress, or that the challenges that nanotechnology presents are still limiting its impact on our everyday lives.

There are many of these challenges, and they will all have to be overcome before the utopian future envisaged by Schwab can come to pass.

Some of these challenges arise at a technical level. Many nanotechnology applications are, essentially, a (much more powerful, and much smaller) variant of the kind of IoT networks that have become familiar of late. The problem with that is that IoT networks are a cybersecurity disaster, with statistics on cybersecurity indicating that they fall victim to an unrepresentative number of successful cyber attacks. Given this, many manufacturers will be hesitant to make their IoT networks even more critical to their operations.

Some of the challenges standing in the way of widespread adoption of nanotechnology are not technical, however, but social. To give him credit, Schwab is aware of some of these. He notes that the next industrial revolution's implications will need to be carefully thought through before the widespread adoption of potentially dangerous new technologies. He argues that there is a need to raise awareness of these implications across all sectors of societies and restructure economic, social, and political systems to take advantage of these technologies' potential benefits.

If a wholesale restructuring of our social, economic, and political system sounds like an absurdly dramatic consequence of nanotechnology, it shouldn't. We should remember that the first industrial revolution led to exactly this type of change: that modern capitalism is, in a very real sense, the direct product of the invention of steam power.

It remains unclear, of course, whether nanotechnology will give rise to this level of socio-political change. It may join the scrap heap of technologies that showed early promise and then were abandoned, or it might change our world. But we should recognize that, if it does give rise to a new industrial revolution, the consequences of this will not be superficial, or even necessarily benign. Instead of merely providing us with cheaper consumer goods, a nanotech revolution might create an entirely new economic system. That, after all, is what revolution means.