What ‘Star Trek’ Teaches Us About AI and IT

AIOps holds the promise to help with mundane, time-consuming tasks, and more, thus allowing IT pros to find new and meaningful ways to do their jobs.
Bob Friday 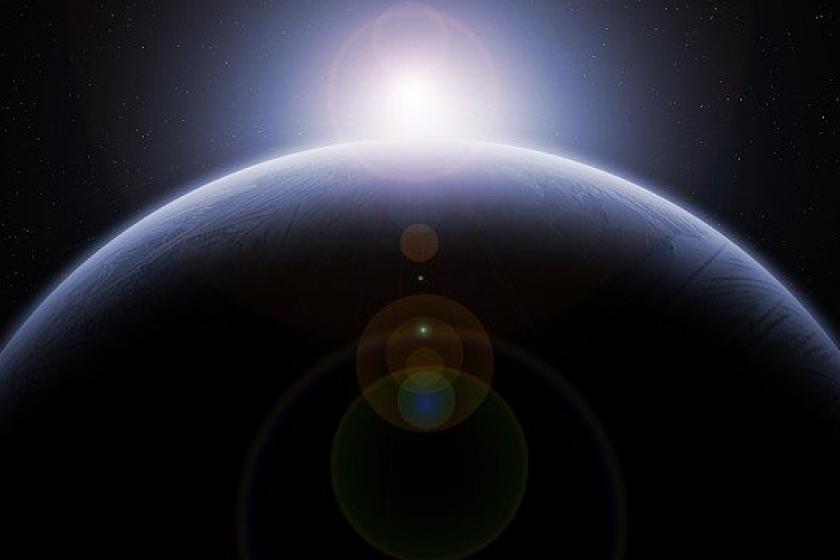 Looking ahead in the new year, I noticed a cool milestone on the calendar. On August 19, “Star Trek” fans like me will celebrate the 100th birthday of the series’ creator, the late Gene Roddenberry.

People love “Star Trek” for many reasons – the prescient technologies like wireless communicators and virtual assistants, the diverse cast, the idea of going boldly where no one has gone before. But something else has always grabbed me as well: the show’s mostly optimistic view of a future in which automation has taken over.

Roddenberry and team presented a utopian view of an Earth where automation has freed humanity from the tedium of work and eliminated scarcity of resources, putting an end to hunger, poverty, and war. Rather than obsessing over material things, people focus on mutual understanding and knowledge-seeking (hence the effort to explore space, the final frontier).

Though some episodes are cautionary tales about what can happen if people become consumed by the technologies meant to help them – for example, "The Ultimate Computer," in which a computer designed to run a starship without human intervention goes haywire – an overarching “Star Trek” theme is that being replaced by machines can be a good thing.

It’s a relevant thought for today’s IT leaders. Artificial intelligence (AI) is increasingly being used to automate and enhance IT delivery in a practice known as AIOps. Short for “artificial intelligence for IT operations,” AIOps leverages machine learning algorithms to analyze data from across the network, automatically identifying and reacting to issues in real time.

Given that AI is poised to rival the industrial revolution in terms of job disruption – wiping out entire job segments, such as truck drivers, and raising questions whether it will create as many new jobs as it abolishes – it’s understandable if IT teams are worried about losing their jobs to machines.

However, AIOps should mean the opposite. It will release IT people from the drudgery of menial tasks, such as spending hours trying to figure out a misconfiguration problem with a DNS server and enable them to do more interesting work. AI engines and assistants will become digital members of the team; the human members will work on higher-value things that make IT more relevant and valuable to the business.

What are examples of these things that can make automation work in IT staffers’ favor? Here are four to consider.

Cybersecurity reinforcements. Recent research by Emsi, a labor market analytics firm, showed that for every 100 active cybersecurity job postings, there are only 48 qualified candidates. To address the shortage, the report recommended a “build-don’t-buy” strategy: “Companies in need of cybersecurity talent should re-skill existing employees rather than recruit outside their walls for talent that is already extremely hard to get.”

Devoting more IT people to these areas could help spur innovation and save the company money. It also would advance the transformation that all IT departments are trying to cultivate, from being regarded as cost centers to strategic business drivers.

Improved collaboration with Marketing. Thanks to digitization, marketers are able to collect huge volumes of data to gain a better understanding of customer behavior, campaign effectiveness, etc. However, marketing teams need help organizing and accessing the data and taking full of advantage of analytics tools to get the most out of the data. By devoting more IT resources to work with Marketing, companies can build powerhouse, data-driven marketing organizations.

Ditto for other internal departments. Marketing isn’t the only part of the business that can benefit from increased IT involvement. HR, for example, could collaborate more with IT on technology-driven employee safety and recruitment and retention initiatives.

Companies should ask themselves what other departments and lines of business could perform better if they had a stronger partnership with IT. Sales? The customer service operation?

In most companies, the unfortunate truth is that IT teams aren’t as well-connected with other departments as they could and should be. AI should be seen as a golden opportunity to change that dynamic and allow IT people to re-focus on technology work that moves the needle for the business.

Just like in “Star Trek,” without mundane tasks consuming their time, IT pros can find new and meaningful ways to do their jobs.