Semiconductors are scarce, and so are many types of network gear. The wait for things to get back to normal may be a long one.
John Edwards 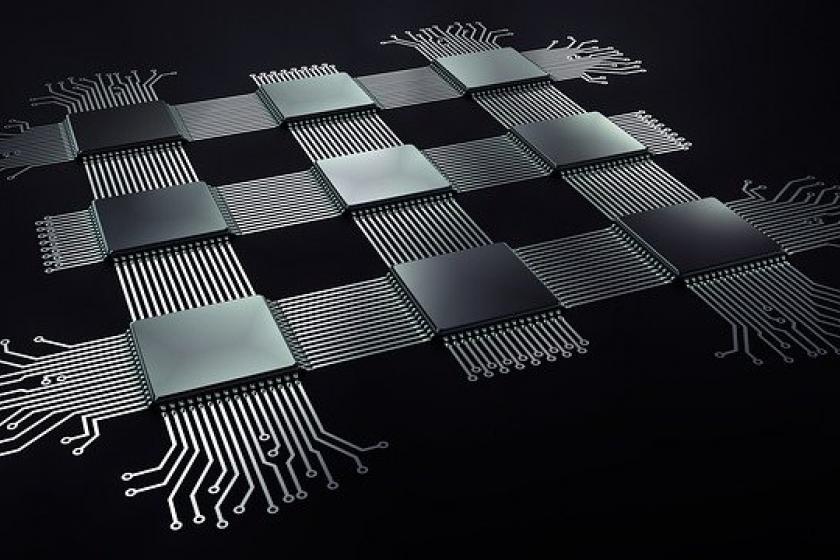 The global semiconductor shortage is forcing many tech manufacturers to slow or even halt production. Makers of PCs, servers, mobile devices, gaming consoles, vehicles, and industrial machines are all scrambling to find the chips they need to fulfill orders amid surging demand for their products. Network equipment manufacturers are also feeling the impact of the ongoing chip scarcity, and relief may still be months away.

Some of the very largest manufacturers, or those with their own dedicated production facilities, are faring a little better, Wyckoff noted, "but it’s a universal problem that's going to affect any organization looking to deploy or refresh equipment in the next 12 months."

Mark Rapley, director of operations at KWIC Internet, an Ontario, Canada, Internet service provider (ISP), observed that network equipment makers are facing production that's delayed and, in some cases, halted completely by the semiconductor shortage. "Almost every network device relies on semiconductors, and if the shortage is acute enough, equipment makers may have to shut down entire production lines to wait for supplies to replenish," he said.

Months in the making

There are shortages in almost every major network device category, Rapley said. "The question is not whether an item will be back-ordered, but for how long," he explained. "Specific models of modems are back-ordered for more than six months as of May 2021."

Channel partners have done their best to either shield customers from the shortages or to find workarounds, Wyckoff noted. "But it's inevitable that some customers won’t be able to get the equipment they want in the time they want," he said. "The key is to both act early and be open to looking at alternative equipment models and manufacturers."

Older chipset designs have been affected to a greater degree than newer technologies, such as the devices used in 5G phones, Wyckoff said. Internet modems and fiber optical network terminals (ONTs) are in dangerously short supply because they are affected by both rising demand and dwindling material supplies, Rapley reported. "Other tertiary technologies, such as Wi-Fi routers, switches, and so on, are not as acutely affected," he added.

The longer the chip shortage continues, the less likely it becomes that equipment shipments will quickly snap back to anything approaching normal levels. That's because semiconductor producers will first have to satisfy currently deepening order backlogs before accepting new orders. The shortage is also likely to slow network hardware innovation as vendors focus on fulfilling orders for existing products before moving on to enhanced models. "Figure things getting back to normal sometime in 2022," Rapley predicted.

Wyckoff doubts that the situation will improve significantly before the end of 2021. "It takes significant time to ramp up production of the required [semiconductor] components and for them to filter through the supply chain," he said.

Since product availability changes weekly, sometimes daily, Wyckoff advised enterprises to work with their usual technology suppliers to maintain a dynamic view of how individual manufacturers are coping. "Adjust your procurement strategies to take advantage of availability where it exists," he suggested.

While a mid-April White House summit drew increased attention to the semiconductor shortage, equipment manufacturers and customers were already dealing with equipment shortages for several months. "[We] have been actively working with our customers to help them plan for, adapt to (comma) and overcome the supply chain challenges," Wyckoff said. "Some customers who can anticipate their rolling needs on a six-to-nine-month basis are placing orders and warehousing equipment until it is needed."

Seeking a speedy resolution to the crisis, a collection of semiconductor manufacturers and customers have united to form the Semiconductors in America Coalition. Announced on May 11, the group's members include chipmakers, such as Intel, NVIDIA, and Qualcomm, as well as companies that rely on semiconductors, including Amazon Web Services, Apple, AT&T, Google, Microsoft, and Verizon. The coalition plans to lobby Congress to allocate $50 billion for semiconductor research and manufacturing as a part of President Biden's proposed $2.3 trillion infrastructure package.

In the meantime, Wyckoff urged equipment customers not to lose hope. "This is not an ‘all is lost’ situation," he said. "There are ways and means to keep your equipment procurement and refresh plans on track if you work with the right partners," he advised.

Additional Informa coverage of the chip shortage: How the Chip Shortage Is Affecting the Data Center Industry