The Quest for the Holy Grail of Automation

Automation drives down costs, improves agility, and makes new business models practical, with a potential upside of a more than tenfold improvement in efficiency.
Abhay Savargaonkar 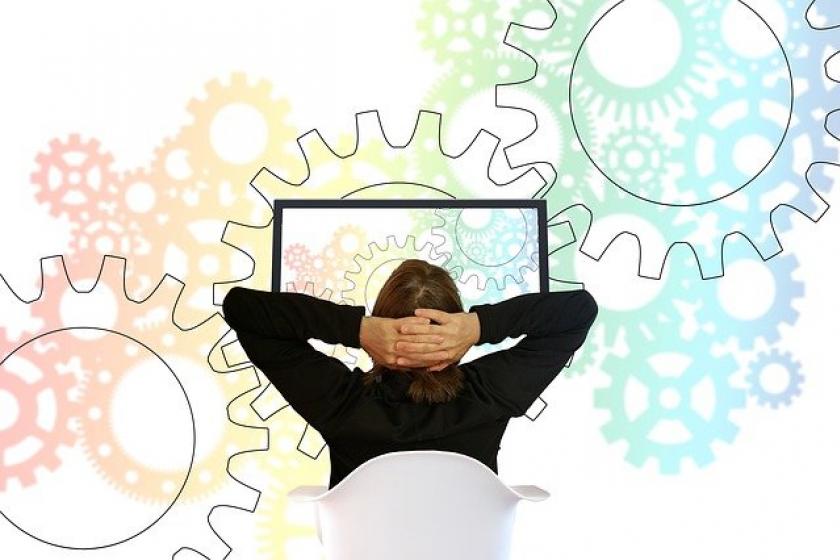 Last year’s historic SpaceX launch may have marked another small step for spaceflight, but it was a giant leap for automation.

Fifty years after Neil Armstrong manually piloted Apollo XI safely down to the moon’s surface, the SpaceX astronauts docked successfully into the International Space Station without having to lift a finger. In doing so, the fully automated Crew Dragon spacecraft looked not only to usher in a new era of human space travel but also provide a dramatic example of the technology that is already revolutionizing the way we live and do business.

Automation is the foundation of leading technology companies' lofty ambitions, and with the looming widescale rollout of 5G networks, it is, along with efficiency and scale of operations, the key to success.

At its essence, automation is the technology that allows machines to complete missions with minimal human intervention. The principle is to free people from the mundane, repetitive tasks that machines already perform better and more efficiently so that we can focus our labor on the sophisticated creative challenges.

But as we've progressed technologically, it has become far more than that. Today's automation is an ever-present engine in various fields. It enables the high bandwidth and low latency 5G requires for the effective use of drones and self-driving cars, for example. It's needed to operate farm tools and program robots that deliver prescriptions at pharmacies. It controls cloud robotic arms and Internet of Things components. And it is key for the security of networks and services to protect users and data from cyber-attacks. Simply put, it is essential to operating cutting-edge technologies in this age of the fourth industrial revolution.

This is even more so as the world transitions into 5G networks, which, unlike previous generations, involve much more than merely improved radio modulation. As we adapt to technologies that will require immediate feedback, the human touch will become the exception rather than the other way around. It may not always involve space travel, but the future will increasingly be adopting the SpaceX approach – with automation in the driver’s seat and humans guiding the machinery and the algorithms.

If it works in space, it can surely work here on earth in the telecom industry. The key is to make sure that in any new product, automation is embedded as part of the design. And when it comes to legacy systems, we need to be smart about which elements remain essential – and automate them – and which elements can be regarded differently.

Like previous generations, 5G will bring improved bandwidth. But most users won’t feel it. The big jump will come in latency, with a potential improvement from a 100 millisecond delay to just 1 millisecond. That will prove critical in functions ranging from automated vehicles to fully synchronized machinery on manufacturing floors to online cloud gaming. New capabilities that were once unimaginable will become possible.

The second boost comes from slicing, the ability to create multiple independent logical networks on the same physical network.

Together these automation tools rapidly simplify operations, allowing a provider to deliver a much higher degree of customer service while connecting the technology side to the business side of a network, boosting productivity.

Automation drives down costs, improves agility, and makes new business models practical, with a potential upside of more than tenfold improvement in efficiency.

The elephant in the room, however, remains the immediate association with job replacement and the resulting rise in socio-economic gaps. It’s still an open question how all this will affect the workforce and the people in it.

Indeed, there is a danger of a winner-take-all economy in which high-skilled workers get rich, and the rest are left behind. Automation looks to eliminate the jobs in which computers outperform humans, so whether you are a business analyst, translator, or cashier, there is reason to worry about a computer who can do your job faster, better and cheaper.

But as any previous automation process has taught us, it is not actually replacing the ability of the individual to work. It's replacing a certain task and, in most cases, giving that individual the chance to work on something better.

We’ve seen this process play out in the original industrial revolution more than a century ago, when early mechanization took away the jobs of manual laborers, and as recently as the introduction of the personal computer, which also put people out of work. However, these both proved to be short-term costs that eventually brought more prosperity and new employment that covered for job losses.

The internet, for example, has seemingly decimated various industries -- like music, media, retail, and even taxis. But a study by McKinsey Global Research found that it also created 2.6 new jobs for each one it extinguished.

As part of the evolution, most workers learn new skills and make that adjustment. You don’t need to be a SpaceX rocket scientist to prepare for the future.

Still, it's hardly a trivial test, and large organizations are going to have a hard time keeping pace. Most telecom companies were designed last century and were not built to withstand rapid, radical change. This leads Richard Foster, a senior faculty fellow at the Yale School of Management, to predict that 40 percent of today’s Fortune 500 companies will be replaced within a decade by upstarts of which we have yet to hear.

It’s an immense challenge for our industry, but one we can surely overcome. If automation can send humans to a space station, just imagine what it can do in telecom.