Networks Poised to Play a Foundational Role in Smart Cities

As cities get smarter, wired and wireless networks are ready to play a major role in virtually all urban planning initiatives.
John Edwards 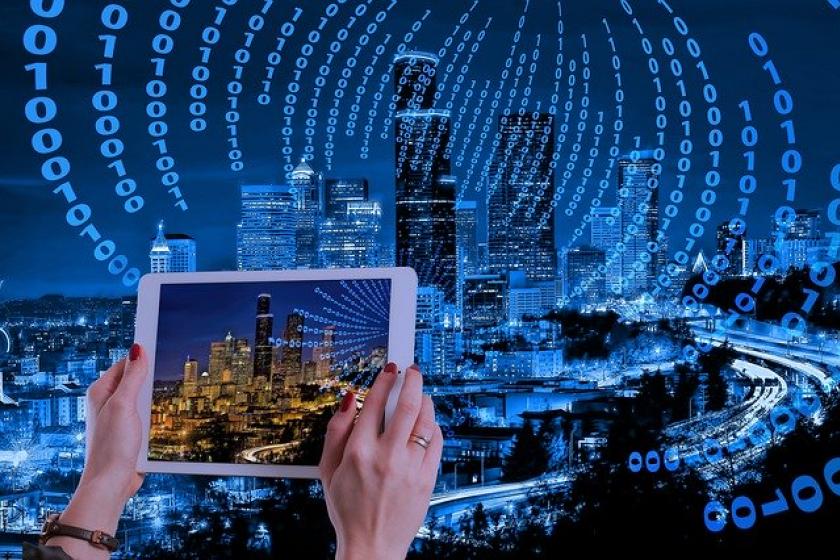 Civil engineering projects have long relied on heavy equipment, such as bulldozers and cranes, to reshape the urban landscape. Yet as municipalities worldwide look toward the future, wired and wireless network technologies are now beginning to play a major role in building smart cities. From video surveillance to traffic control to street lighting to smart buildings to autonomous vehicle management, networks will provide the glue that links together people and devices.

Connectivity makes the smart city run. "It’s not just one element of the smart city, but the power to connect all digital services," said Ludovico Fassati, head of IoT at Vodafone Americas.

Connectivity is important due to the need for a fast, reliable network that can transmit data, and data is essential to all smart city initiatives, Clarke noted. "More and more municipalities are trying to build-up their fiber networks to enable their systems to be connected, and public Wi-Fi to provide the public with ongoing access to the Internet and associated services," she explained.

Any smart city connectivity infrastructure will need to incorporate a blend of network technologies, including 4G LTE, 5G, and Wi-Fi, each serving a specific purpose. "A smart city is a connected city," observed Russell Senesac, North American vice president of strategy, secure power division, at Schneider Electric, a global energy management and automation firm. The IoT, meanwhile, will supply the infrastructure for communicating with sensors and other remote devices. "The basis of the IoT is the opportunity to have connected products working together—without [an] underlying network, this just wouldn’t be possible," he said.

IoT is the key

IoT technology will lie at the heart of future smart cities, Fassati noted. "An IoT-enabled city can reroute traffic around congestion in real time, automatically schedule repairs for failed infrastructure like street lighting or bridges, and intelligently manage energy use and pollution right across the built environment," he explained. "Once IoT applications are introduced to a city, it makes it easier for the city to be connected to its ecosystem of suppliers, operators, and partners that provide the services the city needs to be more connected."

To increase range while maintaining low power consumption, LPWAN technologies such as LoRaWAN are suitable for the majority of smart city use cases, since most deployments require only small data transfers at infrequent intervals, Chatterley noted. "An open standard LPWAN technology such as LoRaWAN makes it possible to have hundreds of thousands, or millions, of sensors collecting and sending data at a lower cost, over a longer range, and with significantly extended battery life as compared to other technology options," he said.

Also driving the need for network-enabled system aggregation are a growing number of IoT applications and devices—from sensors to security cameras to digital kiosks—"all of which are ushering in a new age of data-based everything," observed Himanshu Khurana, vice president of engineering, innovation leader, and CTO at Honeywell Building Solutions. "It's also important to use tools like autonomous control, machine learning, and artificial intelligence to better gather and analyze data and make real-time decisions based on that data," he added.