DHCP has made assigning, documenting, and troubleshooting duplicate IP addresses a lost art. Here are some tips on navigating the issues that can arise.
Tony Fortunato 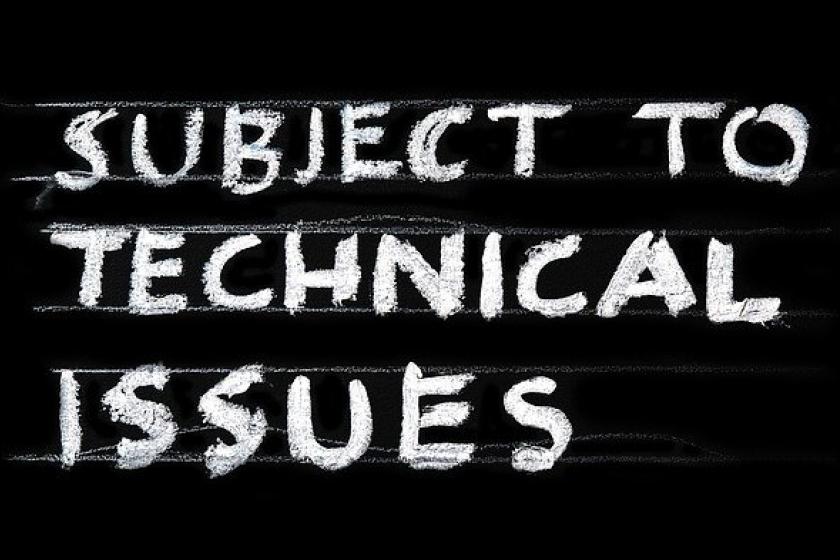 My the times are changing. Back in the day, when I had to walk to school in six feet of snow, barefoot, uphill both ways, assigning static IP addresses was quite normal.

Recently I was working on a network where the devices required static IPv4 addresses, and during their Windows 7 to Windows 10 upgrade project, a duplicate IP address was assigned. The symptom they encountered was the same as if you had a bad cable or network problem; you couldn't ping the default gateway or router. I just happen to be working with the team on the network side when they asked me if I could take a peek at the computer since they thought I might have caused a network problem with the work I was doing.

I asked them if they used the same static IPv4 address that the previous computer used, to which they answered, 'of course we did.' I asked them to go to the command prompt and type ipconfig /all to confirm the IPv4 configuration and immediately noticed that this computer had a duplicate IPv4 address.

If you go to the command prompt and type ipconfig /all, you will see the (Duplicate) notation beside the IPv4 entry as well as the Autoconfiguration IPv4 address in use.

By going to the Windows Event Viewer and selecting System, you will see an Error entry, and when you highlight it, you can actually determine the MAC address of the other conflicting device. 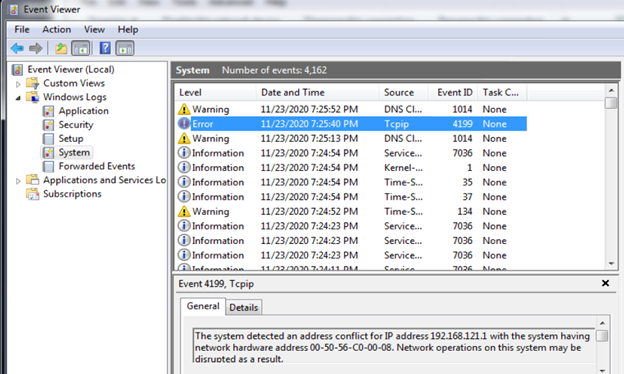 Windows 8 no longer shows the Network Error dialogue box but reports the same ipconfig /all information.

Windows 10 has the same behavior as Windows 8. 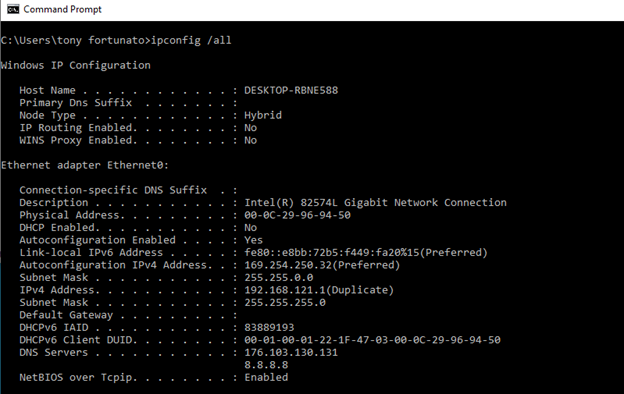 As I’ve said in previous articles, “know your tools, know your network, know your equipment.”