Google said today it's building its own trans-Atlantic subsea cable from Virginia Beach in the US to the French Atlantic coast. The cloud behemoth is working with TE SubCom to design and build the cable, which is expected to be available in 2020.

Dubbed Dunant, the cable is the 12th submarine cable investment for Google, and the second one it's done privately. Earlier this year, Google unveiled Curie, which is scheduled to connect Chile to Los Angeles next year. Along with Curie, it also announced investments in two other cables as part of company consortiums: Havfrue, connecting the US to Denmark and Ireland, and the Hong Kong-Guam Cable system (HK-G).

Cloud giants have been investing in the subsea cables, but Google has been the first to go it alone, first with Curie and now with Dunant. For example, Facebook teamed with Google, TE SubCom and Pacific Light Data Communication on a trans-Pacific cable. Others include Amazon Web Services' investment in the trans-Pacific Hawaiki cable.

Google said it's sticking with an innovator theme in naming its latest cable project after Henri Dunant, founder of the Red Cross and winner of the first Nobel Peace Prize. Curie was named after scientist Marie Curie. 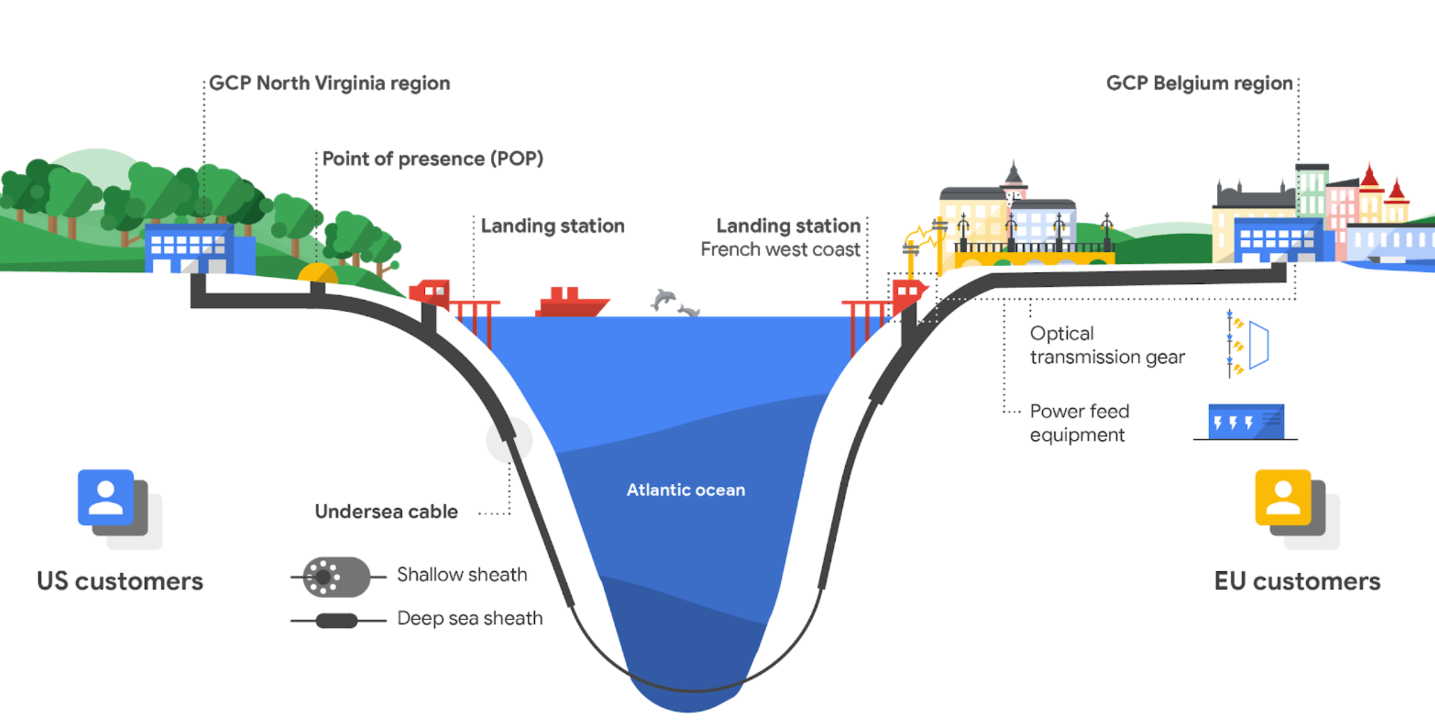 In a blog post, Jayne Stowell, strategic negotiator of global infrastructure at Google, explained why the company is opting to build these subsea cables privately, citing performance and capacity needs.

"Cables are often built to serve a very specific route. When we build privately, we can choose this route based on what will provide the lowest latency for the largest segment of customers," she wrote. "In this case, we wanted connectivity across the Atlantic that was close to certain data centers, but the reasons could also include the ability to land in certain countries, or to connect two places that were previously underserved, such as was the case with Curie."

In addition to expanding bandwidth, Google also is boosting data center capacity. On Monday, the company opened a new cloud region in Los Angeles, and earlier this year announced new regions in the Netherlands, Montreal, and Finland.