IT pros nervous about network performance and security with employees streaming the games at work, poll shows.
Marcia Savage

The Summer Olympics are always popular for both sport and spectacle, but the upcoming games in Rio de Janeiro have the makings of an epic event for a lot of not-so-good reasons. Political and economic upheaval in Brazil, a crime-plagued country, and the Zika virus threat combine to cast an ominous shadow on the 2016 Summer Olympics, which begin Aug. 5. There's also that little Russian doping scandal for added drama.

So it's not surprising that a report released this week shows that IT pros are anxious about how their networks will handle the increased pressure of employees watching the games -- and associated Olympics coverage -- online at work.

TEKsystems, a provider of IT staffing solutions, polled more than 600 IT pros and found that 72% expect a major or moderate increase in internet usage at their companies due to workers streaming swimming, gymnastics, and other competitions. More respondents -- 79 % -- said believe their corporate networks will be at greater risk from workers accessing various websites for Olympic coverage. Forty-four percent reported experiencing bandwidth issues during large sporting events in the past.

More US workers may be tempted to watch the 2016 Olympics from their computers at work since they can watch more of the games live. This summer's games in Rio de Janeiro are the first Olympics to take place in a Western Hemisphere time zone since 2010, and the first Summer Games to do so since 1996, TEKsystems noted. Heightened concerns about the Olympics location in Rio de Janeiro may also draw more viewers, the company said.

Moreover, broadcasters have ramped up their streaming of games in recent years. During the 2012 London Olympics – the most watched TV event in US history, according to Nielsen – NBC's digital platforms recorded nearly 2 billion page views and 159 million video streams. 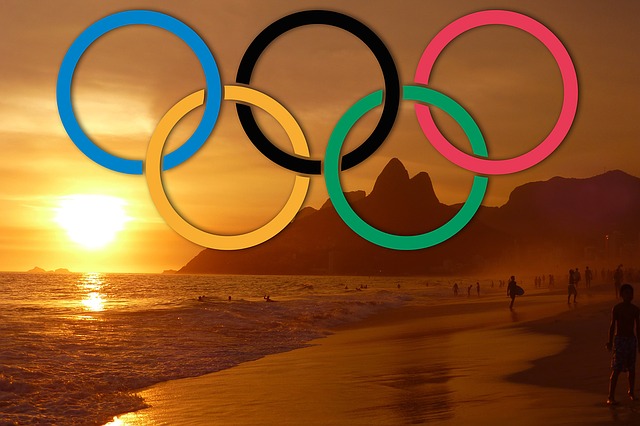 Yet the TEKsystems poll indicated a mixed corporate response to heightened network performance and security concerns with the 2016 Olympics. While 52% of survey participants said their company planned to implement additional filters and firewalls to mitigate the Olympics risk, 44% aren't. Eight-four percent don't plan to issue any employee guidelines for viewing the games or regarding bandwidth use.

While some of the lax approach can be attributed to the fact 64% of respondents track internet usage associated with a specific event, the overall result is increased network security risk, TEKsystems said.

"This goes beyond simply viewing or streaming by employees," TEKsystems Research Manager Jason Hayman said in a statement. "The international nature of the Olympics and a heightened level of interest related to the host nation of this year's games potentially exposes corporate networks to a variety of risks."

He advises organizations to conduct a risk assessment on their networks, and if necessary, add more resources on a contingency basis to address potential issues due to the Olympics.

A practical bit of low-tech advice could also help: Provide employees with TVs for viewing in common areas to ease the load on the network. Productivity may still go down, but at least the network will be humming along.

TEKsystems polled IT pros in both the US and Canada; the vast majority of respondents are located in the US.