Yahoo is making a billion-dollar play for Tumblr -- and for increased relevancy.
Debra Donston-Miller 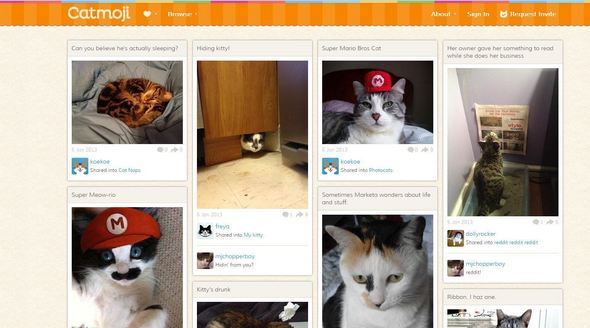 Almost a year to the day that Facebook went public, Yahoo looks to be entering into a deal that would send a similar level of reverberation through the social business sphere: Yahoo's board of directors has approved a deal to buy social blogging service Tumblr for $1.1 billion, according to published reports. The deal would be a good thing for Yahoo in at least three important ways.

Tumblr is a microblogging and social networking site known for hosting multimedia content -- most notably, animated GIFs. Tumblr has been around since 2007, developed by now-26-year-old David Karp, Tumblr's CEO. (Earlier this year Yahoo paid $30 million for Summly, a news aggregation app developed by a British teenager.)

Like Facebook, Twitter and other social platforms, Tumblr lets registered users update their status, comment on other users' updates and share and tag content. But the latter -- content -- is what really sets Tumblr apart. Tumblr's reason for being is blogging. Indeed, by Tumblr's accounting, users are sharing GIFs, videos, infographics and other content -- much of it original -- across more than 100 million blogs and 50 billion posts (and counting). There is also a great deal of potential for integration with a previous Yahoo acquisition, Flickr.

[ What is the future of social business? Read Social Business Not Dead, Just Business As Usual. ]

If the teenagers I know are any indication, Facebook is so over. They still use it -- because they have to, for things like announcements from school, coaches and the like -- but it's not their preferred platform. They are flocking to Tumblr. According to a Pew study published in February, Tumblr is growing in popularity among younger users: "Tumblr is significantly less popular among Internet users than the other social networking sites featured in this report. Just 6% of those online use the site. It is much more popular, however, among the youngest cohort -- 13% of those 18-29 are blogging on Tumblr."

Yahoo may be able to regain relevancy if it is able to tap into this younger demographic -- and if it can retain Tumblr's current cool factor.

According to a report by ComScore, about 25% of Tumblr's users are accessing the site via mobile devices. There are mobile Tumblr apps available for iOS and Android, with the mobile apps providing pretty much all of the functionality of the Web-based version. Tumblr certainly isn't tops in mobile use, but it's gained more mobile ground than Yahoo. This will be of huge importance moving forward as Yahoo looks to expand and extend its user (and advertising) base.

What else does does Tumblr bring to Yahoo? What does Yahoo bring to Tumblr? Please let us know in the comments section below.