Federal agencies shut down websites they said were illegally selling counterfeit goods or copyrighted works. But it is easy for bad guys to set up shop under a new name.
Mathew Schwartz 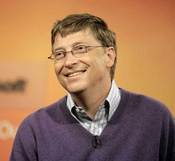 In the run-up to the busiest online shopping days of the year, federal authorities on Friday executed seizure orders for 150 domain names. Authorities have alleged that the domain names were used for commercial websites that illegally sold counterfeit goods or copyrighted works.

"Through this operation we are aggressively targeting those who are selling counterfeit goods for their own personal gain," said U.S. Attorney General Eric Holder in a statement issued on Monday.

Authorities said their operation was timed to coincide with that purported post-Thanksgiving online sales peak known as Cyber Monday, though according to domain name records, the sites were actually seized three days earlier, on Black Friday. All seized domains--including "cheap-nflshop.com", "discount-uggboots-saleonline.com", and "100jerseys.com"--now redirect to seizedservers.com.

[ The feds are very active when it comes to online security. Read FBI Botnet Bust Hinged On Public-Private Partnership. ]

The seizures were conducted under the auspices of Operation In Our Sites, which is a combined effort by the Department of Justice, the Immigration and Customs Enforcement's Homeland Security Investigations department, the National Intellectual Property Rights Coordination Center, and the FBI's Washington field office. Authorities said they made the seizures after federal law enforcement agents successfully purchased products--including DVDs, footwear, and golf clubs--from retailers that they suspected of dealing in counterfeit goods. Most of these orders were fulfilled from outside of the United States. After confirming that the goods were counterfeit, investigators obtained domain name seizure orders from a federal judge.

This is the eighth batch of such seizures. All told, 350 domain names have been seized, and authorities said the seizure banner now featured on these sites has been viewed more than 77 million times. To date, 116 of the seized domains have been forfeited to the U.S. government, which occurs if no one steps forward to contest the seizure within a specified period of time.

Last year, authorities seized 82 sites in the run-up to Cyber Monday. Some of those targeted sites offered free music or movie streams, as well as a BitTorrent search site Torrent-Finder. But this year's strategy appears to be slightly different. "This time the action appears to be limited to sites that directly charge visitors for their services. Most of the domains are linked to the selling of counterfeit clothing (e.g. 17nflshop.com), and at least one (autocd.com) sold pirated auto software," according to TorrentFreak, which began spotting the seizures on Friday.

Congress is also taking aim at the illegal sale or distribution of copyrighted works or counterfeit goods. Notably, the Stop Online Piracy Act (SOPA) bill would require service providers to block access to sites that are suspected of offering pirated goods or illegally distributing copyrighted goods. A draft of the bill, however, remains stalled in a House subcommittee after one of its backers, the Business Software Alliance, reversed course and said the bill overreached.

The Senate, meanwhile, has developed a similar bill known as Protect IP--aka the "Preventing Real Online Threats to Economic Creativity and Theft of Intellectual Property Act of 2011"--that would require service providers to block the IP addresses of companies that pirate intellectual property or sell counterfeit goods, such as fake prescription drugs.

But critics of domain name seizures--or more extreme measures, such as Protect IP's approach of removing accused sites from the Web by altering the domain name system--argue that website takedowns have little effect. While they may temporarily disrupt business, setting up shop using a new domain name is relatively easy.

In related takedown news, the non-profit organization that administers most of the United Kingdom's domains (ending in ".uk"), Nominet, last week granted a police request--without a court order--that it suspend 2,000 websites that authorities alleged were illegally offering copyrighted works or counterfeit goods, reported the Register. Unlike in the United States, however, site owners currently have no way to protest the seizures. Nominet said it's drafting a policy that would allow a domain name owner to protest the seizure, which Nominet would review, at which point it would decide whether or not to request that authorities provide a court order for the takedown.

Sensitive customer and business data is scattered in hidden corners of your infrastructure. Find and protect it before it winds up in the wrong hands. Also in the new issue of Dark Reading: The practical side of data defense. Download the issue now. (Free registration required.)