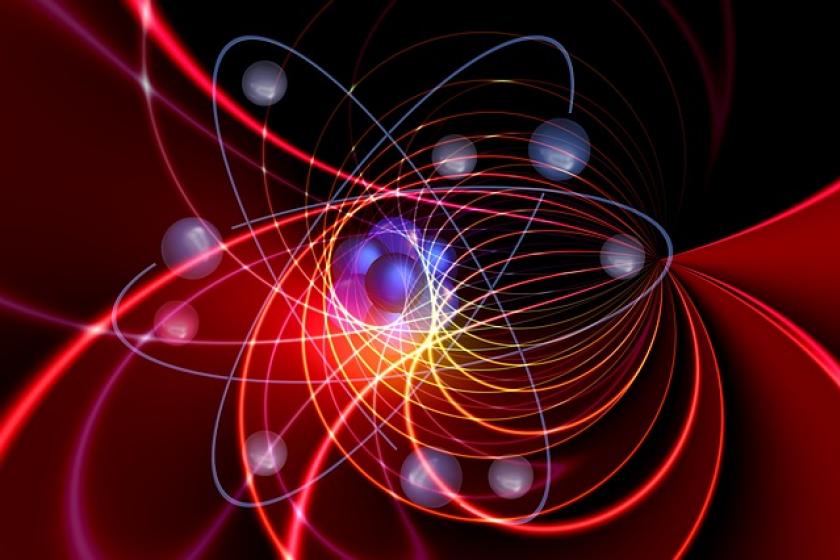 Supercomputers have long existed as the gold standard in data processing, but a new technology is coming that stands to upend the status quo – quantum computing. For data centers, quantum computing will profoundly change the way data is processed, reducing processing times while addressing problems with higher levels of complexity. As the demand and computational speed for data centers continue to rise, so will the volume of data for processing, creating new and complex problems across every industry. This is where quantum computing promises to completely transform IT operations, opening up countless possibilities for new applications in many domains and use cases, while most importantly, allowing for the most efficient problem-solving.

Although we’re still a decade out before quantum computing fully permeates data centers, enterprises should already begin planning in strategic areas, such as cybersecurity, especially for the protection of sensitive data with life spans longer than a decade. Enterprises that identify the key areas where quantum computing can come into play will have an invaluable roadmap for future product and infrastructure plans.

The logic of quantum computing

Before diving into how an organization can prepare for the quantum computing era in data centers, it’s important to look at what quantum computing does and the role it can play. Classical information deals with bits that have values of either 0 or 1; quantum information, however, encodes quantum bits, or “qubits,” which can stay indefinitely in a superposition of both 0 and 1. In plain English, classical information is like a coin toss where once tossed, the outcome is either heads or tails, whereas, in quantum information, the tossed coin can spin indefinitely, assuming both states, indistinguishably until a measurement is carried forward.

Put simply, imagine a sphere – bits, which exist in classical computers, can only be at either side of the two poles in the sphere, whereas qubits can rotate at any point on the sphere, mapping any points (“the quantum state”) and making it so that a computer using qubits can store an enormous amount of information (“exponential”), all while using less energy to do so.

The introduction of quantum computers at scale in data center infrastructures will reshape the data center architecture from both a networking and security perspective, leading to the appearance of the quantum network and quantum security.

Quantum networking will realize the capability to interface directly with the massive computing capacity of quantum computers and to enable the exchange of information, keeping it within the realm of the quantum world. New concepts like data teleportation and entanglement will open to massive scalable and energy-efficient networks while simultaneously keeping data secure at each physical layer through quantum encryption. These architectures will revolutionize the data center not only for computational capacity but to enable use cases that are not possible in the classic realm, making massive computational, storage, and information exchange capabilities a reality.

It’s important to recognize that the quantum internet is not anticipated to replace the classical internet – for instance, even Local Operations and Classical Communication (LOCC) operations rely on classical communications – instead, the quantum internet will run in conjunction with the classical internet to form a new hybrid internet. This exciting horizon poses some key challenges and definitively new standardizations and alignment between classical and quantum internet definitions that will drive efforts and new definitions in the coming decades. It’s critical to prepare now to be ready for when these technologies become commercially available at scale.

The impact of quantum computing in real-world first applications

Typically, the first quantum algorithms to be proposed are for security, specifically quantum cryptography, such as implementing algorithms that can resist threats posed by quantum computers –  something that the US National Institute of Standards and Technology is close to achieving via an initiative to standardize a Post Quantum Computer (PQC) encryption schema. These are prime number factoring problems that are essentially intractable with conventional computers, given their complexity. This activity aims to redefine the architecture of Public Key Infrastructure (PKI) that uses asymmetric encryption schema, like RSA and DH, and replace it with a quantum resilient algorithm for public key generation.

As one of the first applications of quantum cybersecurity, quantum cryptography presents both promises and potential threats for the cryptographic infrastructure. On one side, quantum computers can be used to decrypt data that has been encrypted using classical computing. However, it also holds the promise of having secure communications channels for secret key distribution.

For example, quantum cryptographic devices, based on QKD, typically employ individual photons of light and take advantage that measuring a quantum system, in general, disturbs it and yields incomplete information about its state before the measurement. Eavesdropping on a quantum communications channel, therefore, causes an unavoidable disturbance, alerting the legitimate users. Quantum cryptography exploits this effect to allow two parties who have never met and who share no secret information beforehand to communicate in absolute secrecy under the nose of an adversary. Quantum techniques also assist in the achievement of subtler cryptographic goals, important in the post-cold war world, such as enabling two mutually distrustful parties to make joint decisions based on private information while compromising its confidentiality as little as possible.

It’s a common industry notion that we’re ten years away from quantum computing in data centers. While some say it’s just three years away, this is very complex technology that will need time to mature. This will be a gradual change – as science fiction author William Gibson once said, “The future is already here – it’s just not evenly distributed.” While we’re still a few years out before quantum computing arrives, enterprises should already start planning for it as it’s no longer a matter of if we will implement quantum computing, but when.

Making a plan for your enterprise and identifying the key areas where quantum computing can come into play will help structure your roadmap for future products and new quantum-enabled infrastructure plans. It’s not too early to start designing potential ideas for how quantum computing can be leveraged in your enterprise. For example, stand up a dedicated team that regularly researches and designs ideas to help bring the technology to commercial use cases.

Lastly, companies will need to take into consideration access and integration into strategic resources via cloud-enabled connection to a quantum-enabled data center. Cybersecurity, low latency, and high-speed/high-capacity interconnection will be required, as well as a new software layer and application to fully exploit the potential benefits. While we may be a decade away from quantum computing, planning ahead and preparing for the data centers of the future will be paramount to fully realize the benefits of this technology.

Domenico Di Mola is VP of Engineering at Juniper Networks.