What Data Centers Can Learn From The Military

Hyperscale innovators are driving technology today in the way that NASA and the military introduced new capabilities decades ago, but some principles remain the same.
Kevin Deierling

Back in 2009, I had the pleasure of attending events at the Computer History Museum to celebrate the 50th anniversary of the invention of the integrated circuit. The speakers included Jay Last, Jay Lathrop and Gordon Moore, and they talked about the technical challenges and geopolitical issues driving the industry back in 1959.

Hearing these legends speak transported me into the post Sputnik era, as they recounted that the invention of the integrated circuit was driven by Cold War military spending -- in particular Air Force contracts funding “miniaturization” for the Minuteman missile. It was this overarching drive towards miniaturization and power reduction that was the backdrop for what was probably the most important and far reaching invention of the century. 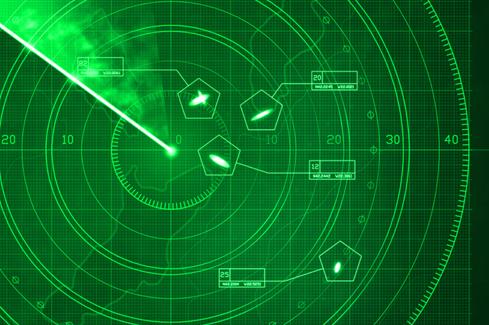 Fast-forward 50 years, and it turns out that there is nothing new under the sun. Today precisely the same imperative is driving military electronics and embedded systems under the moniker SWAP (Size, Weight, And Power) or SWAP+C, which adds Cost to the equation. Some view SWAP as an over-used term, but in fact the SWAP+C concept is driving much of the innovation and growth in the military industry today. And just as in the past -- when technology innovations created by military and NASA space programs had long term benefits to civilian society -- these SWAP+C imperatives are equally beneficial to advanced cloud-based data centers.

In this case, however, the sequence has been reversed. Commercial initiatives are driving SWAP+C innovation and then becoming available for military adoption. This has occurred as public cloud and web 2.0 vendors have driven their suppliers to minimize size, weight, power and, of course, cost for strictly commercial reasons. These efforts are critical to lower the capex and opex of hyperscale companies, in which each watt of power, dollar of infrastructure, and square foot of space is multiplied a million-fold in mega-datacenters.

The importance of SWAP+C was supported by AFCOM’s 2015 State of the Data Center Survey results that revealed that administrators are looking for ways to enhance their data centers to accommodate increasing workloads. The naïve approach of adding expensive equipment and increasing the data center footprint is neither sustainable nor scalable, and this practice will quickly sink the ability to compete and remain profitable. Smarter, faster networking solutions are the key to running today’s applications and processing, providing the ability to analyze and utilize large data sets efficiently and effectively, without increasing data center footprint.

In response to this demand, hyperscale products that offer the key SWAP+C advantages have been developed. Two examples are Open Compute Platform Ethernet switches and the Yosemite multi-host platform.

The Yosemite multi-host server is a truly unique platform and was showcased by Facebook at the Open Compute Project early this year. Yosemite leverages an adapter with multi-host capabilities so it is able to fit four separate 1P server cards into a 2 OU "sled," with each server having the ability to share up to 100 Gbps of network connectivity. In turn, three sleds can fit into the OCP rack, altogether squeezing 12 separate servers into a 2 OU rack height. The size, weight and power advantages of this platform are obvious, and the high volumes driven by the hyperscale customers of Open Compute Project technology drives costs down.

Both the OCP switch and server form-factor offer significant power and density advantages over traditional data center infrastructure. Oftentimes vendors focus on technical advantages such as latency, higher throughput, and zero packet loss. These are certainly important technical advantages, but they can actually mask the even more basic advantages of SWAP+C.

SWAP+C advantages are critically important to federal and military customers in embedded applications where power savings create tremendous logistical cost savings and can save lives of personnel. The Yosemite platform is yet to be broadly deployed, but will surely be adopted for embedded and military applications as well as those of cloud and web 2.0.

It's true that embedded applications are particularly sensitive to SWAP+C criteria, surely the broader enterprise data center market share these same concerns. For the enterprise CIO or private cloud manager, the focus has expanded from a simple capex investment analysis to a more comprehensive analysis that includes opex. When IT infrastructure is evaluated in that light, the attributes of size, weight, power, and cost all become part of the larger total cost of ownership analysis. IT organizations should ensure they evaluate the basic criteria, in addition to the bells and whistles.