Open source is becoming mainstream. Here's why you should join the crowd.
CBT Nuggets

Long gone are the days of open source being a fad or niche. Open source technology now can be found in nearly every server room due to a myriad of factors, including cost and compatibility. Not only is open source playing a factor in the rise of technologies such as the cloud and big data, but it’s finally being embraced by tech titans such as Microsoft!

So, if you haven’t already, let’s explore several reasons why you or your organization should consider using open source, sooner rather than later.

As more organizations opt to use open source to help them meet their business needs, the demand for IT professionals who understand and can implement open source technologies will increase.

According to the 2016 Future of Open Source Survey, the use of open source software (OSS) increased 65% among the companies surveyed, compared to 60% the previous year. Sixty-five percent said that they use OSS to speed up their app development processes, while 55% said they use it for their production environment.

Specific areas of IT that you can expect to see an increase in use of open source during the next two to three years include cloud, database, and big data -- all of which are among some of the fastest-growing areas in IT.

A word of caution, though, especially if you’re researching open source solutions for your organization: Open source might not be an all-in-one solution, but it can play nicely with a lot of vendors. So make sure to investigate and take the time to determine the best fit for your needs.

One of most touted benefits of open source technology is that it’s affordable. Many open source platforms and software are free, making them ideal for those who want to learn the tech without having to spend money or risk their organization’s production environment.

If an organization is looking to reduce costs, open source can be an attractive alternative. For example, the Linux operating system is free, whereas Windows licenses can add up quickly. Affordability is one of the main reasons open source technology can be found in server rooms of school districts, nonprofit organizations, and other companies that are especially budget-conscious.

One of the biggest hurdles to learning any technology is simply getting started, and cost certainly can prevent some people from learning technologies. That isn’t the case with most open source technologies.

True to its name, most open source code is available for anyone to play with, meaning that you can tweak or manipulate a program’s code to better meet your needs. Good luck getting Apple or Microsoft to share their code!

While having access to a program’s code allows you to flex your creative muscles and customize it to your liking, there’s a business-critical reason to love the flexibility that open source tech offers: security. 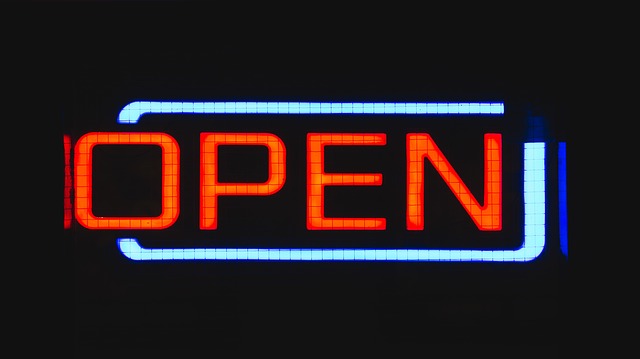 If a program’s code is open and accessible, it can be easier and quicker to identify potential problems and address them before things spiral out of control. Keeping networks and data safe from threats is paramount to any business’ success, so being able to target issues at the source code is an amazing benefit.

The big boys are warming to open source

Once upon a time, vendors such as Microsoft did everything they could to distance themselves from open source. But that’s no longer the case. In March 2016, Microsoft revealed it was developing a Linux version of SQL Server, and later that year, announced it was joining the Linux Foundation.

Need further proof of Microsoft’s embrace of open source? In 2016, Microsoft also announced a new certification, MCSA: Linux on Azure! It’s quite a change in stance from a company whose former CEO called Linux “a cancer” in 2001.

If industry giants are getting behind open source, you should too.

Adding open source to your IT skill set has never been a bad idea because what IT pro doesn’t want to be well-rounded? But now, learning open source is a must. You’re very likely to encounter open source technology in some form or another throughout your career.

Plus, what do you have to lose? Open source is easy to access, afford, and play around with because of its compatibility. It also features a vibrant community of supporters that you can lean on for questions and ideas.

Remember, the biggest hurdle to learning open source is getting started. But knowing how it can benefit you and your organization should help you embrace the potential of open source and fuel your desire to learn it today.