The Internet's Lessons in Resiliency

Enterprises can learn from how the internet's diversity of links and collaborative nature has helped it withstand disasters and address tough challenges, expert says.
Marcia Savage

What is the internet? Is it all about IPv4 or IPv6? Is it network neutrality? How about load balancers and the cloud? To Leslie Daigle, none of those are very helpful descriptions since they're all transitory. A more helpful way to think about the internet, said the technologist, is in terms of its unchanging properties that have stood the test of time.

These "invariants" as the Internet Society calls them, include its global reach, general purpose, accessibility, interoperability, and its technology of reusable building blocks. Most importantly, the internet is marked by collaboration, said Daigle, who has held leadership roles with the Internet Society and the Internet Engineering Task Force.

Collaboration and diversity has enabled the internet to withstand many physical disasters, from 911 to the Japan earthquake and tsunami in 2011, and to tackle "wicked problems" such as IPv6  – something that enterprises can learn from, she said in a presentation at Interop ITX earlier this month. She urged enterprise networking pros to look outside their corporate walls and engage with others on common goals.

"No network is an island or immune to the general challenges of the internet," said Daigle, currently principal at ThinkingCat Enterprises. "Enterprise networks will see many of the same problems as the general internet."

Daigle said the physical internet, which includes a vast number of Atlantic undersea cables, is an illustration of diversity. This diversity has served the internet well when disaster strikes such as 911 in New York, an important landing spot for many important trans-oceanic network links. On that disastrous day, an undersea cable at the World Trade Center was lost and another important connection point on Broadway lost power, Daigle said, citing a research report. Despite those failures, fewer than 1,000 internet destinations on either side of the Atlantic had reachability issues and no routing stability issues were reported.

"Overall, the internet continued to do its thing," Daigle said. "The paper concluded there was sufficient peering redundancy."

Ten years later, the massive earthquake that struck Japan and caused a tsunami killed thousands of people and wreaked widespread destruction, including the Fukushima Nuclear Power Plant. Three of eight trans-Pacific links were damaged from aftershocks, but at least three were operational at all times, researchers found. 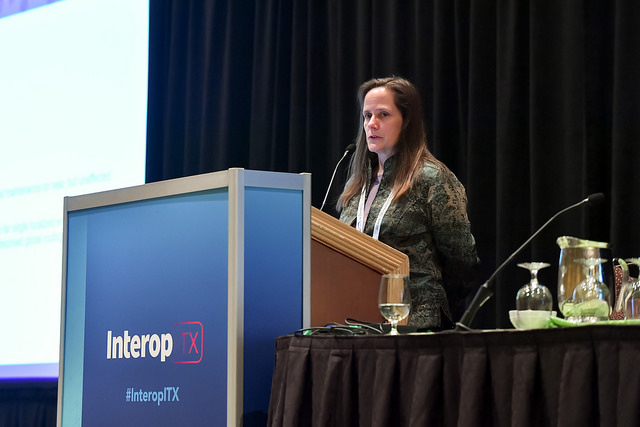 "Again resiliency, is directly tied to diversity…The highly connected and collaborative nature of the internet allowed it to survive major disasters," Daigle said.

By contrast, a lack of diversity led to a massive outage for Research in Motion's BlackBerry mobile platform in 2011, she said. A routing failure in London halted BlackBerry services for all 70 million customers for three days. Because RIM had built out its own massive application network overlay, it had insufficient diversity or resiliency, Daigle said.

A collaborative approach has also helped the industry to tackle sticky problems such as IPv6 adoption as IPv4 addresses run out, Daigle said. She explained that there was more to World IPv6 Day, which was organized by the Internet Society in 2011 and involved Google, Facebook, Yahoo, and other website operators turning IPv6 on for their primary web pages for 24 hours.

IPv6 presented large website operators with a business problem: They knew they would lose some customers to their competitors if they turned on IPv6 due to user systems that wouldn't work with IPv6. They didn't know how many customers would be affected, and couldn't test it on their own.

"That's why they had to join hands and jump off the bridge together," Daigle said.

Months of preparation, including working with vendors on software updates, led to a successful World IPv6 Day, she said. The event was followed a year later by World IPv6 Launch, which asked content providers to turn on IPv6 permanently, and access providers to deliver a minimum of 1% of their traffic to those content providers over IPv6. Today, IPv6 "is actually making progress," Daigle said, citing Google statistics showing about 20% of its customers using IPv6.

Collaboration achieved a real impact on the internet, she said. "It's not that you just do this stuff because it feels good, but it's how you move the internet forward."

Daigle said collaboration also can help the internet face looming challenges such as routing security. Route hijacking and address spoofing that fuels DDoS attacks are problems that impact any company doing business on the internet. Currently, there isn't a way to verify the routing information advertised between networks, but Daigle said there a couple collaborative efforts addressing the issue: The Internet Society's Mutually Agreed Norms for Routing Security (MANRS) initiative and an initiative she's spearheading, Unwedging Routing Security Activity (URSA).

"The wicked problems of the internet really do need your help and getting involved will help you," she told attendees.