Banking On Open Platforms And APIs

BNY Mellon is serving up APIs with the help of consolidated infrastructure, abstracted software, and a standardized developer ecosystem.
Susan Fogarty

When you think of cutting-edge technology, banking doesn't often spring to mind. But the demands of modern business, combined with the improved functionality digital platforms offer, are prompting even the most traditional of banking institutions to make drastic technological changes.

That's the case at Bank of New York Mellon, the sixth largest and oldest banking corporation in the US. "We may be a 232-year-old bank," said Aaron Todd, Head of IT Strategy & Administration, "but when our clients interact with us or any of our services, the vast majority of the time, they are interacting with technology."

Todd was in Orlando, Florida, at this week's Gartner Symposium/ITxpo, where BNY Mellon was honored as a finalist in Gartner's Eye on Innovation Awards. His colleague Ram Nagappan, CIO of Pershing, the trade clearinghouse subsidiary of BNY Mellon, explained that the company as a whole has been undergoing a major transformation, culminating in the recent launch of its own API store.

The API store is built upon layers of open and standardized technology to allow efficiency and scalability. At the infrastructure layer, the company has implemented a "cloud native and hybrid cloud" environment that is centralized and consolidated, said Nagappan. "We started building a private cloud six or seven years ago and now we're also working with public cloud. Internally, we treat it almost like a utility," he said. The infrastructure provides transparency, the ability to move processing and resources when needed, and can scale quickly.

BNY offers a wide range of services serving liquidity management, fund transfer, and wealth management, managing $29.5 trillion in assets in more than 100 markets, according to the company's website. Unifying all that functionality on a shared infrastructure has dramatically increased efficiency. "Fifteen years ago, if we had 600 applications, we would have had 600 different infrastructures and databases supporting them," explained Nagappan. Today, everything is centralized on one network, a few infrastructure platforms, standardized storage, and centrally managed database servers. 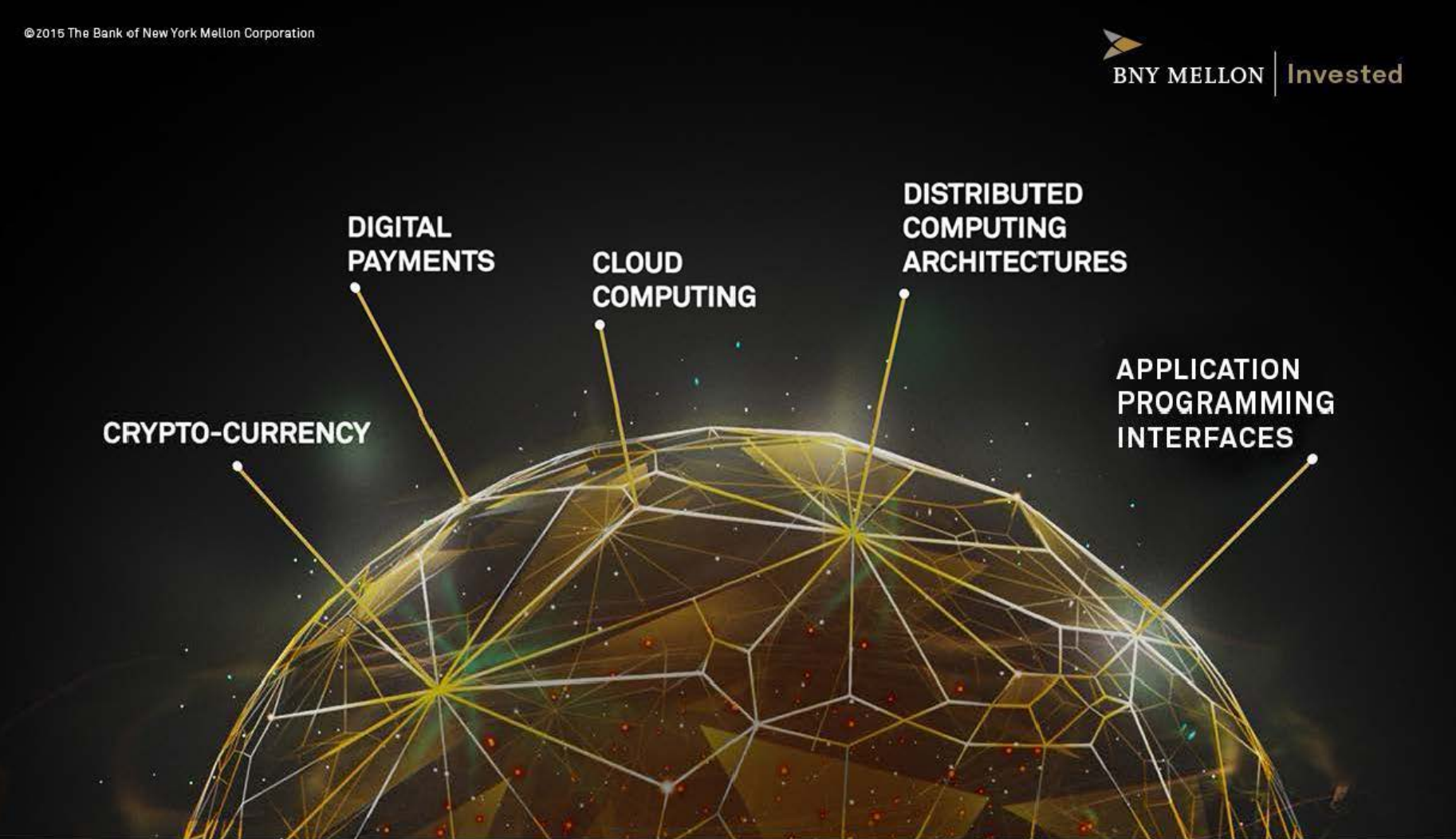 That stable infrastructure enables BNY Mellon's next-generation application ecosystem, called Nexen. The platform was originally created to standardize and unify the way the bank produced applications. Previously, application development had been disjointed and much of it was outsourced, said Todd. But about four years ago, the company assessed its goals and roadmap and decided that bringing application development in house was critical to success. The Nexen platform provides standard processes for development and a mechanism to share applications internally.

Utilizing a completely open architecture, Nexen offers a uniform set of development tools based on Cloud Foundry's platform-as-a-service and its various open source development options, said Nagappan. It now serves as the foundation for the API store, providing the company's clients and partners a single gateway for all the investment services the company offers, along with relevant third-party applications.

Between Nexen and BNY's infrastructure sits yet another layer -- the BNY Mellon Extreme Platform, or BXP. "The BXP is the abstraction layer of the hardware," said Nagappan. It's made up of open source stacks – including Cloud Foundry, OpenStack, and WSO2 -- that integrate with any platform or cloud. The open architecture allows BNY Mellon to move services between private and public cloud without dependence on any particular system or vendor, he explained.

The BNY Mellon development team creates applications and services, according to Todd, which they plug into the BXP. The BXP then plugs into the different types of underlying infrastructure, whether that's external cloud or internal cloud.

The API store extends that functionality and independence to BNY Mellon's multitude of partners and clients, with the end goal of improving financial technology and capabilities industry wide. The industry seems to be responding: More than 2.3 million API transaction requests have been generated since the store’s launch in June, a 30% increase over previous requests, according to Gartner's awards announcement.