Ansible for Networking: A Primer

Learn how to use Ansible for network automation in this step-by-step guide.
Jere Julian, Arista Networks, and Scott Lowe, VMware

In our last article, we discussed basic network automation concepts using Python. In this post, we'll build on some of the same concepts with Ansible, which is used for configuration management, general automation, and templated report generation, reducing the need for raw scripting languages. To get started with Ansible, create a few directories, define your inventory of nodes and connection information, then start building playbooks. Playbooks are a simple format for defining the tasks you want to execute. Ansible has built-in capability for interacting with network devices so you may not need to load any additional modules.

Start by going into the directory you created by following the steps we described in our previous article and enabling the virtual environment.

Then add a file called 'ansible.cfg' to tell ansible where to look for other files:

Create an INI-style file named 'hosts' and add a group label and the hostname or IP of your node. You can list additional modes, below.

Arista EOS and eos_command support 2 transports: CLI and eAPI. CLI is a plain SSH session while eAPI uses the command API built-in to EOS and returns structured JSON data by default. eAPI must first be enabled on the switch with:

Verify that it is running with 'show management api http-commands'. Then create a playbook named 'check_version.yaml'. 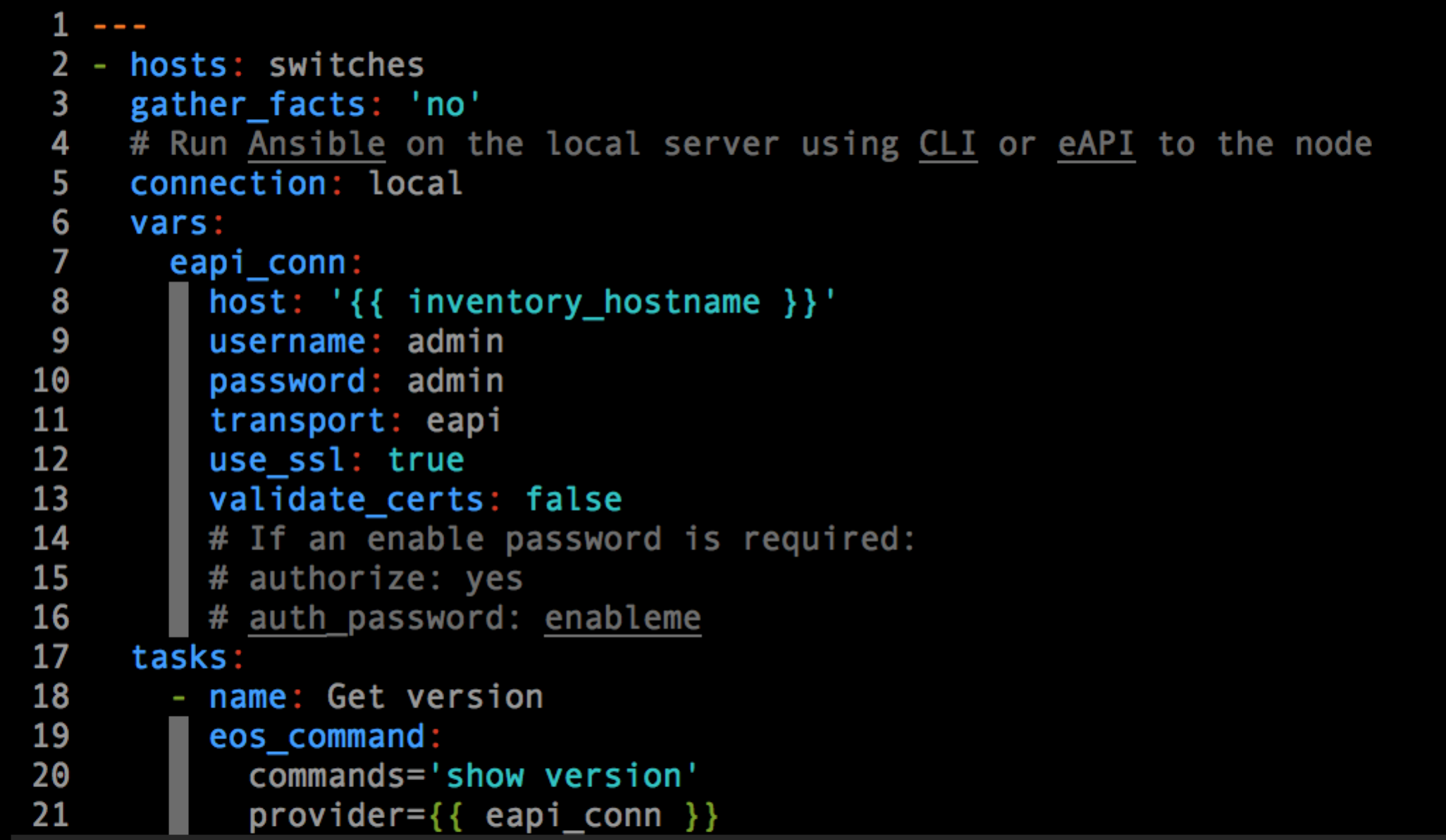 You can run this playbook with 'ansible-playbook -v check_version.yml' which will gather some data and let us know that we have all the components working. This is a good place to save our work so far.

Now, let's build a report with the information we gathered using a Jinja2 template. In Jinja2, variables will be substituted in place of the syntax '{{ var_name }}' within the template.  Create a basic version_report.j2 template:

In the playbook, add a new task to generate a report for each node. If you want to visualize the data structure being saved, add a debug task.

Now, in the get version task, make the output available to other parts of the playbook by registering the output as a variable:

Then, at the host level, pick out the pieces of information you need for your report:

The debug task, above, will help you figure out how to reference the data you want from the variable. The complete playbook should look like the following. 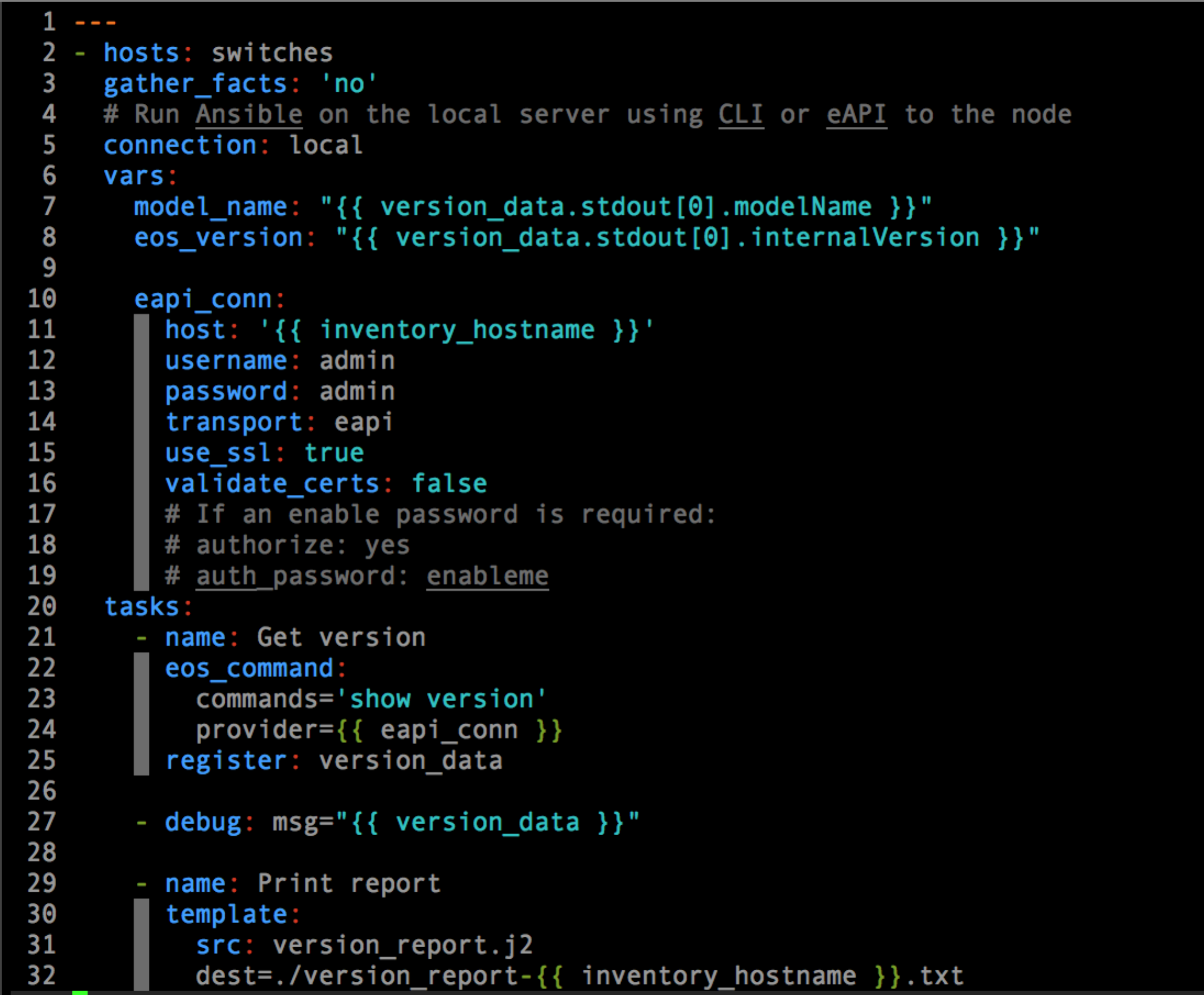 Now run the playbook, again, then look for the report: 'ansible-playbook check_version.yml'.

What changes were made? Run 'git diff' to see! Then add and commit the new files and changes.