Optimizing Bandwidth In The Netflix Era

It’s undeniable: Every year, more devices land in the hands of more people around the world. We’re also producing and consuming more rich content than ever before, so the data we create keeps growing in volume. This in turn puts strains on computer networks, especially as more companies rely on cloud-based services.

Streaming media services can hog bandwidth, with a single hour of HD video containing around 3GB of data. It’s no wonder that according to a 2015 Sandvine report, Netflix accounts for 37% of all North American downstream internet traffic with YouTube in second place at 16%. All told, the entire real-time entertainment category, which includes other streaming services such as Hulu, Amazon Video, and Spotify, makes up nearly 69% of all North American downstream internet traffic.

The amount of bandwidth used by these services might not cause trouble for home users, whose primary network activity consists of browsing the web and streaming the occasional episode of "Stranger Things" or "Game of Thrones." However, company networks that support dozens or hundreds of users and devices are more likely to run into issues if internet usage goes unchecked and network best practices aren’t followed.

Growing demands on IT aren’t only limited to streaming. Internet of Things devices, which add to overall network traffic volume, are rapidly growing in number as well. According to Cisco, there could be 50 billion IoT IP-connected devices online by 2020, which will increase burdens on networks worldwide.

Another alarming fact about these newly-connected devices? According to a 2016 Spiceworks survey, 62% of companies use network-enabled security cameras, which can produce data-intensive HD video streams. 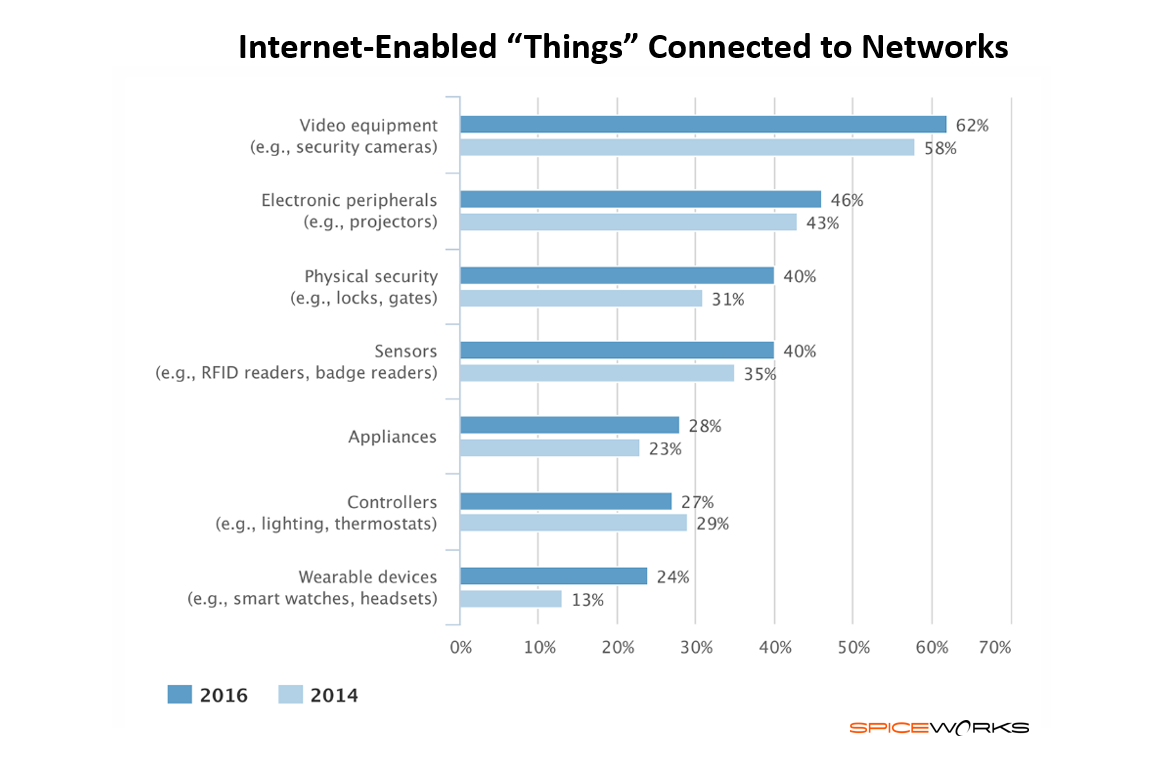 Additionally, cloud-based file sharing services also contribute to network congestion, as individuals and companies move large files back and forth. In fact, according to Sandvine, file sharing and online storage account for more than 40% of upstream North American traffic.

Because poor network performance can cost companies big bucks, organizations need to make sure their networks can accommodate the additional strain caused by all of these trends. Looking towards the future, it’s clear that pressures on network infrastructure will continue grow with the increasing demands caused by bandwidth-intensive cloud applications, HD streaming services such as Netflix, and IoT devices. Fortunately, there are many steps companies can take to better manage network bandwidth challenges. Here are some tip for reining in bandwidth hogs:

If you are still running into local network bandwidth issues, think about upgrading your internal switches so they can handle 1 Gbps or 10 Gbps. If the bottleneck is on your external-facing pipe and budgets allow, increase internet bandwidth either upstream or downstream, depending on your usage.

Use of streaming services like Netflix, cloud storage, and IoT devices aren't fads. They’re long-term network trends that IT departments must deal with going forward as networks and technologies evolve. But by reigning in bandwidth hogs and managing network demands, you can better ensure there's enough bandwidth for everyone.