The popularity of Amazon Web Services, along with SaaS, means that traditional IT vendors must transform themselves in order to remain relevant in the new cloud era.
Colm Keegan

Amazon Web Services appears to be winning over more than newer, “Internet age” companies; the company also seems to be making serious inroads with older, more traditional corporations. ESG recently conducted a survey of AWS clients and found that nearly 80% of both younger (one to 10 years old) and more mature (11 to 50 years old) companies cite Amazon as either their most strategic technology vendor or one of their most strategic vendors.

Even 77% percent of older and more established companies (i.e., those 50 years and older) that otherwise might be considered more conservative and risk averse, identify Amazon as either a strategic partner or a valued technology partner.

How does this bode for traditional vendors of IT infrastructure technologies? Well, obviously Amazon has earned a prime (no pun intended) seat at the table with many IT and business decision makers. This means that across many accounts, Amazon will be in a highly influential position to convince its clients to move eligible application workloads into its cloud environment. And of course, in many situations, this will come at the direct expense of legacy IT vendors across multiple tiers of the IT stack.

What’s more, according to ESG research, nearly 70% of businesses surveyed are utilizing some form of Software-as-a-Service (SaaS) in their environment and many of these same respondents indicated they would continue implementing SaaS over the next five years for non-core business applications. To be sure, many businesses plan to retain their most sensitive or mission critical business applications onsite. But the combined threat of public cloud providers, like AWS, making strategic inroads into businesses of all sizes, in tandem with accelerating SaaS adoption, has to be worrisome for many legacy vendors.

If these dual trends continue, some businesses may become less reliant on their traditional IT vendors. As they develop and deploy their hybrid cloud environments, how many will take a 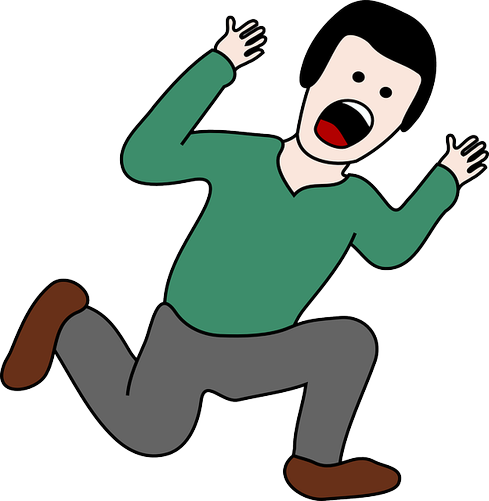 page out of Amazon or Google's  playbook and start leaning heavily on commodity infrastructure? This is where it could get really ugly for legacy vendors. Losing cloud business is one thing, but losing on-premises data center footprint to commodity and open source solutions could be the death knell for many suppliers.

Yes, we’re seeing many vendors hop on the open source bandwagon and talk  about being “open." But in order to survive long term, legacy IT vendors need to "re-invent" (to borrow an Amazon aphorism) themselves to maintain their relevancy in an increasingly shifting IT landscape.

Some of the large traditional vendors like Cisco, HP, IBM, Microsoft and VMware are responding to these changing market dynamics by spinning up their own public cloud services and in some instances, like Microsoft with  Office 365,  replacing traditional IT consumption models with cloud based (SaaS) models. But to date, many of these vendor public cloud offerings are “open-lite,” meaning they are still largely tied to the vendor’s underlying core technology.

Companies like EMC, on the other hand, are betting that most businesses will deploy hybrid cloud environments where there will still be a big demand for name-brand IT infrastructure products and services.

As the demand for converged/hyper-converged infrastructure solutions from vendors like VCE, Scale Computing, SimpliVity and Nutanix demonstrates, many IT organizations want to get out of the business of integrating and implementing hardware and software. In response to this growing demand for pre-validated architectures, the EMC Federation is an interesting example of several technology entities (EMC, VMware, RSA, Pivotal and VCE) banding together to deliver solutions around mobile, cloud and other emerging computing architectures.

If the success of AWS and SaaS proves anything, it’s that simple and consumable IT services are the order of the day. AWS has played a pioneering role introducing self-service IT and now the rest of the market is reacting to it. The question is not only whether traditional IT vendors will  maintain their stronghold in the data center, but more importantly, will they be successful using it to spur adoption of their hybrid cloud offerings.