Everyone in an IT role needs to pay close attention to two trends that will accelerate in 2022: observability and automation.
Lori MacVittie 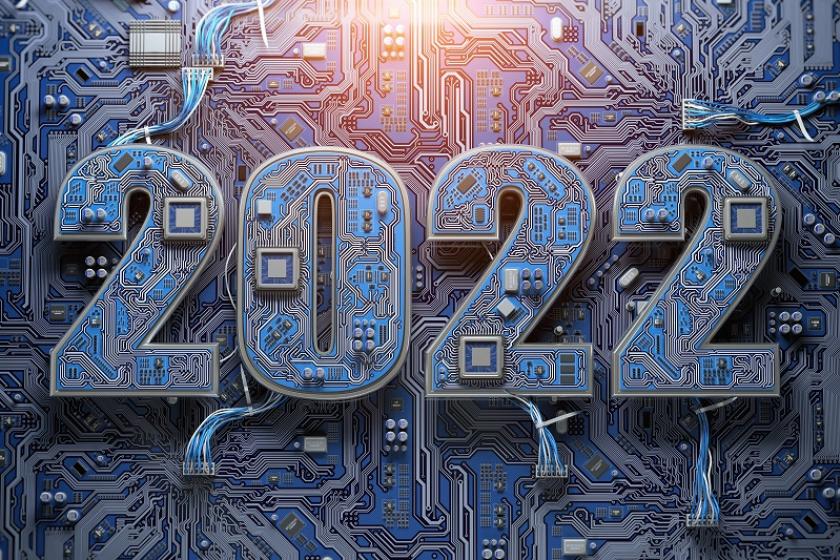 It’s that time of year again. The time of year when we sit back and evaluate everything that’s happened in the past year and then attempt to predict what will happen in the next year. This is sometimes just a guessing game, but other times—like this year—there is significant enough momentum behind key technologies and movements that make it easier to pontificate about the likely changes ahead in the coming year.

For the past few years, largely due to pandemic pressure, we’ve seen digital transformation journeys accelerate. Like many human journeys, there are inevitably obstacles and roadblocks which require drivers to slow down and possibly reroute to make it to their final destination.

Digital transformation is no exception. For years organizations have been full steam ahead in the early stages of transformation, focusing primarily on applications and the need to modernize their architectures, interfaces, and development lifecycles.

Today, we’re seeing business slam headlong into a significant obstacle: that is, a partially digitized IT model. While agile and DevOps along with container-native (modern) application architectures have radically sped up the ability to digitize business through applications, operations and the rest of IT have largely remained stagnant. Oh, they’ve adopted automation and taken on cloud and even edge, but as a whole, IT remains a fragmented set of domains that continues to be a stumbling block to operating as a fully digital business.

Which is why we see growing interest and adoption of key capabilities like observability and automation on the upswing. F5’s annual survey of the market tells us a whopping 83% of organizations have adopted or plan to adopt SRE practices. In other words, they’re modernizing IT.

But adopting practices does not make it pervasive. That same survey tells us the preponderance of IT organizations have not universally adopted SRE practices; rather, only some portion of their applications, infrastructure, and systems are operating under SRE principles. This is unsurprising. Even at the height of Agile hype, only a fraction of application teams employed Agile practices. Today? That number is significantly higher. To wit, one of the longest-running Agile surveys (now in its 15th year) found “significant growth in Agile adoption within software development teams, increasing from 37% in 2020 to 86% in 2021.”

And let’s be honest, adopting an approach without tooling to support, enable, and encourage its use is setting the organization up for failure.

Which is why the momentum this year behind full-stack approaches to visibility and automation are encouraging. Because both are foundational technologies that support and enable SRE practices to be applied more broadly, across all IT. Two, in particular, stand out as technology trends that will accelerate in 2022 and to which every role within IT should pay attention: observability and automation.

No other topic has been as impacted by “full stack” mentality this past year as that of observability. Our annual research this past year at F5 discovered that most (95%) of all roles were “missing insights.” These include insights pinpointing the root cause of outages and performance degradation. Also missing were early indications of an attack. Given the importance of being able to rapidly analyze the digital signals of a digital business to resolving issues, these “missing” insights are significant. After all, that one signal from the client, or the network, or the data source, could be the key to identifying a problem and fixing it.

The market is undergoing incredible transformations in terms of observability, with increasing convergence across IT domains, with the intent of delivering “full-stack observability.” It’s seen in the movement toward adoption of Open Telemetry as an industry standard because by standardizing the way operational data is generated and formatted means it can all be ingested and analyzed together, in context, to uncover previously “missing” insights.

Look for continued convergence of observability as platforms go full-stack and integrate telemetry across previously disparate domains such as security, network, app, infrastructure, and storage. If you have yet to decide on an enterprise-wide strategy around operational data (telemetry) and how you’re going to collect, analyze, and act on it, 2022 is definitely the year to do that.

Speaking of acting on operational data (telemetry), we anticipate renewed focus on automation in the coming year. Not the “deployment script” kind of automation, but the kind of automation that closes the loop between data, actions, and business outcomes. This is the core of SRE practices, that encourage operations to focus on maintaining service level objectives (SLOs) that align with business measures around user experience. This includes availability and performance, but also touch on security and privacy as technology becomes the way policies are enforced and technology always impacts performance.

The need for tooling that ties together SLOs and actions into autonomous adjustments to infrastructure and systems will become more urgent as issues of visibility are resolved by full-stack observability platforms. That tooling is akin to the maturation of CI/CD pipelines and seamless, integrated workflows that drive build, test, and release of applications. Similar capabilities will be needed across IT to support and enable SRE practices at scale.

We see this area as gaining momentum in 2022, but not maturity. The heterogeneous nature of IT architecture and sprawl across data center, cloud, and increasingly edge locations will make automation tooling without standardization at some level difficult, if not impossible. We already see this as an extant problem in security, where our research continues to find that “consistent policy” for security across applications in multi-cloud deployments is the most significant challenge faced by organizations.

For most IT organizations, automation skills – APIs, languages, and the ability to codify processes as code – will be key to turning insights into action, a.k.a. automation. We see significant increases in skillset deficits around automation that must be addressed. Operations is particularly susceptible to the law of diminishing returns and throwing more people at the problem will not result in success. Investments in upskilling and training in those areas IT professionals need will net improvements in productivity and produce results that will further net returns as automation tooling and platforms mature.

Whether it’s visibility or automation, the notion of “full stack” is key to the coming year. Aggregating data and workflows across disparate domains, environments, and internal silos will be key to navigating the digital transformation journey that has now detoured through IT. It’s time to modernize IT, and at the core of that effort will be the modernization of operations.

With that, I will sign off for 2021. I want to thank you for the privilege of being able to share my insights, thoughts, and research with you every month and look forward to doing so again in 2022.

Have a wonderful holiday, and a Happy New Year.