Best Paying IT Security Jobs In 2012 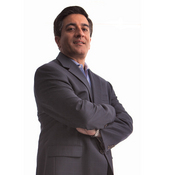 8 IT HIring Strategies Of Top CIOs

Good news for information security professionals: Expect salaries to increase by an average of 4.5% in 2012. Pay for chief security officers, meanwhile, is expected to increase by 3.9%.

Those predictions come by way of staffing agency Robert Half Technology, which last week released its 2012 Salary Guide, which details technology industry salary and hiring trends.

The report predicts that for 2012, many security jobs will be in high demand, especially for midlevel and senior roles. "Data security and protection, especially in industries such as banking and healthcare, will continue to be an in-demand area within technology," according to the report. "In fact, 24% of CIOs polled by our firm cited security as their top professional concern."

While demand is high, however, supply is a different matter. Indeed, Robert Half Technology said it expects to see "an abundance of positions and a shortage of skilled candidates."

When it comes to hot security jobs for 2012, Robert Half Technology singled out the role of data security analyst. It estimates that the base compensation for the job, which involves analyzing security risks and detailing proposed solutions, will increase by 6%, netting base compensation of between $89,000 and $121,500--based on experience, sector, and the job's geographic location. For the role, "a professional certification such as the Certified Information Systems Security Professional (CISSP) designation also is a valuable asset," according to the report.

According to a recent, global survey of 10,500 IT professionals conducted by the International Information Systems Security Certification Consortium, aka (ISC)2--which maintains the CISSP certification--demand for information security professionals is set to double by 2015. But surveyed IT professionals likewise anticipate that sufficient numbers of qualified personnel won't be available to meet that demand.

"The survey expresses what security professionals think they need--not necessarily what they will get in these austere times," said Hord Tipton, executive director of (ISC)2, in an interview. Furthermore, by 2015 he expects that demand may have increased even further, due to the increasing number of data breaches and online attacks affecting businesses.

Interestingly, Tipton highlighted different "top hot security jobs" than the Robert Half Technology report. "Without question the top jobs will be in application security. Coupled with the rapid growth of mobile devices and ... their apps, qualified people with the right skills will come at a premium," he said.

Despite the increased demand for those specialized information security roles, "our greatest need is for enough people to properly administer enterprise security," he said.

According to Tipton, "92% of last year's breaches could have been avoided through implementation of basic security controls. The demand for professionals with broad knowledge, experience, and a specific technical specialty [or specialties] will surely increase."

For the 15th consecutive year, InformationWeek is conducting its U.S. IT Salary Survey. Upon completion of the survey, you will be eligible to enter a contest for prizes including a Bravia HDTV or iPad 2, and get a link to download our report once it is published. Take the survey now. Survey ends Jan. 20.