It’s not as much a competition between Wi-Fi 6E and private cellular but rather an understanding which technology best supports the essential use cases, applications, and the respective security and QoS requirements.
Kush Shah 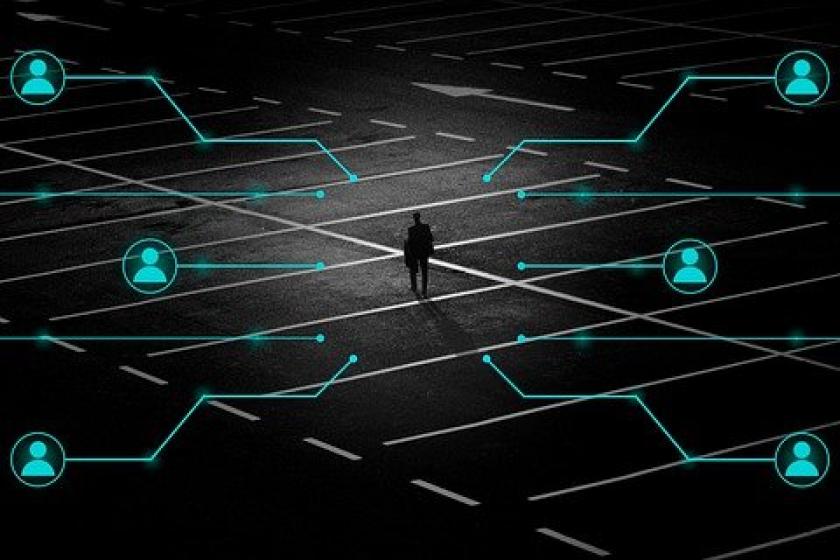 When it comes to expanding the network, organizations have a range of new and compelling options to consider. Two of the most highly hyped options are private cellular (4G/5G) and Wi-Fi 6E.

Wi-Fi 6E is effectively an extension of the existing Wi-Fi 6 (or 802.11ax) standard (which operates in the 2.4 GHz & 5 GHz bands), which is known to improve the overall network performance using technologies such as OFDMA, BSS coloring, target wait times, etc. Thus a big benefit of Wi-Fi 6E is using 6 GHz, which offers 1200 MHz worth of spectrum in the U.S. (Europe is 500 MHz).

Although the density of 6 GHz APs won’t increase as much as when transitioning from 2.4 to 5 GHz, it will still increase due to challenges with signal propagation. To take advantage of the high data rates supported by 6 GHz, you will need more APs than a 5 GHz deployment. This obviously results in higher capital and operational costs.

Packing three radios in an AP along with the support needed for high throughput & data rates offered by 6 GHz translates to demand for more power (PoE++/802.3bt) & multigigabit (802.3bz) capable switches. This begs the question: “do I currently have apps requiring such a high aggregate throughput to warrant upgrading my switching infrastructure?”

For most, the answer is going to be no. Still, an increase in power consumption directly translates into an increase in operational costs, along with adding to the existing carbon footprint.

To connect to a 6 GHz network, client devices must support one of two new security protocols: WPA-3 or OWE (depending on the level of security). Some Wi-Fi vendors provide a transition mode supporting both WPA-2 and WPA-3 at an SSID level. But how optimal is the device experience on such an SSID remains to be seen. Avoiding the transition mode and opting for a 6 GHz-only SSID, too, may not be a feasible approach due to the lack of band redundancy. Thus, you are now left with troubleshooting yet another roaming scenario of a device moving between 6 GHz and 5 GHz (or vice versa) along with 2.4 GHz if you have legacy devices that you must support.

Is private cellular to be the panacea of all wireless issues? Definitely not. But for latency-sensitive use cases and critical business applications, it’s an essential alternative.

Since private cellular solves many of the limitations of 6 GHz specifically, mission-critical apps and devices will benefit from more reliable wireless connectivity devoid of erratic performance swings, mobility disconnects, and wireless interference.

From a coverage perspective, a single private cellular AP typically covers 25k square feet indoors and up to one million square feet outdoors. This results in far fewer APs compared to Wi-Fi APs.

Adding to this is the capability of being powered via your existing switching infrastructure, thereby having a significantly lower TCO compared to a Wi-Fi deployment.

Unlike Wi-Fi, where devices contend for the medium and are prone to interference, private cellular is more prescriptive. The network, not the devices, determines how clients connect and roam – effectively facilitating the contention for each AP and device along with determining the channel and power each AP operates. In the U.S., this is achieved using a central spectrum access system (SAS) run by the likes of Google and Federated Wireless.

This not only makes the wireless connection reliable but also provides a better user experience, especially when devices roam to different APs since the core (network) decides when a client handoff occurs. In contrast, with Wi-Fi, the device decides which AP to connect to, at what signal strength, which AP to roam to, and when. If this wasn't enough, each OEM has its own roaming algorithm.

To ensure consistent service quality and predictability across the RAN (radio access network) and the LAN, technology innovations such as MicroSlicing provide granular QoS enforcement for each app on a device (or group of devices) to that guarantee a pre-defined throughput, maximum latency and/or packet error rates. These QoS requirements per application are automatically enforced within the network core.

Since cellular-capable devices connect via SIM cards or e-SIMs, there is inherent security and implicit authentication present as a generic offering of any cellular network (public or private).

Private cellular networks are now being offered as a turnkey solution that integrates with existing LAN services - whether it is requesting IP addresses for devices from the DHCP server, routing traffic based on your network configurations, or easily recognizing and prioritizing applications used by devices,

In the end, it’s not as much a competition between Wi-Fi 6E and private cellular but rather an understanding which technology best supports the essential use cases, applications, and their respective security and QoS requirements. Ultimately, for network managers, these are the most salient decision points when considering new wireless technologies.

Kush Shah is Director of Products at Celona.