For years, cellular networks and Wi-Fi appeared settled into their areas of dominance. But in some enterprise use cases, upgrades to cellular technology have handed companies unprecedented choice.
Matt Addicks 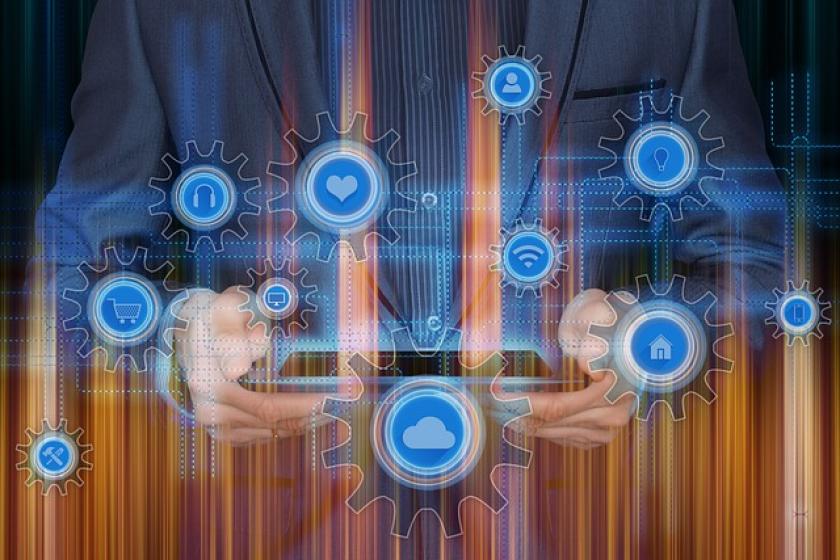 For wireless-network managers who've been around awhile, the 5G vs. Wi-Fi debate may seem a little tired. The argument goes back to much earlier versions of cellular and Wi-Fi technologies. But even as the technologies settled into dominant positions in their separate areas of the wireless world, they each have continued to evolve.

Wi-Fi is a type of wireless local area network (WLAN) that is favored for supplying wireless connectivity to the home, office, campus, and other facilities. Cellular networking is the dominant player outdoors, on mobile phones and many other devices when Wi-Fi is unavailable. The two technologies have co-existed for decades, and no doubt will continue to do so for many years.

Yet, recent events have triggered significant changes to that dynamic. As Wi-Fi and cellular networks have been upgraded through new standards releases, the roll out of 5G has brought increased capacity, coverage, speeds, and lower latency. Meanwhile, Wi-Fi 6 is getting closer to cellular with increased capacity, coverage, and higher speeds. Both have inherent strengths and weaknesses.

Another important shift is that, for the first time ever, cellular has become an attractive alternative to Wi-Fi for the enterprise category by providing greater support for business and mission-critical applications. Helping drive this growth in enterprise use of private cellular networks (PCN) are changes to spectrum policy, including the U.S. Citizens Broadband Radio Service.

Because of the increased availability of licensed spectrum, enterprise companies can operate their own PCNs and exercise complete control over the network.

Wi-Fi is here to stay, but thanks to PCNs and the enhanced performance they provide in the form of increased speeds, greater capacity, and lower latency — enterprises receive something they've never possessed before: choice.

A brief search on Google is all that’s required to find numerous examples of 5G deployments.

The best news for enterprise customers is that Wi-Fi 6 and 5G NR represent significant upgrades and superior performance. Wi-Fi 6 also comes with greater capacity and speed. It now can support 12 simultaneous user streams from a single Wi-Fi-access point and provides 8x8 multi-user input and output for uplink and downlink. Of course, many more devices connect to Wi-Fi than to the newer 5G.

Users of Wi-Fi 6 can also access a greater range of channel sizes: from 20MHz to 160MHz.

Some of the Wi-Fi 6’s limitations include reliability. Because Wi-Fi operates on unlicensed spectrum, availability isn’t guaranteed. With regard to mobility, control, security, and capacity, Wi-Fi 6 also comes up short when compared to a private 5G network, which typically offers more speed, bandwidth, and more security.

Providing wireless connectivity to a large space, for example, a seaport, could require installing scores of Wi-Fi access points. That's a lot of hardware. In contrast, the same space would likely be adequately serviced by a few dozen 5G private cellular access points.

For sure, the naysayers will note that the status quo for wireless connectivity will go largely unchanged for the foreseeable future. Maybe.

PCNs have a lot going for them, including the way 5G combines with edge computing, which provides near real-time processing by bringing data processing to the point of data creation, such as a factory or warehouse floor instead of the cloud.

Additionally, the recent and much-chronicled supply issues that have made Wi-Fi 6E equipment hard to come by has helped ratchet up demand for PCNs. In February, researchers from the Dell'Oro Group predicted that the shortages will “likely lead many enterprises to bypass the new standard.”

Lastly, what's become increasingly difficult for the enterprise to ignore is that with the maturation of private cellular solutions and their growing ability to support 5G, the current value proposition for Wi-Fi to support business and mission-critical applications continues to shrink.

And for the enterprise, that means more options.

Taming the Metadata Explosion: How Data Engines Help
Adi Gelvan
August 5, 2022
Lessons Learned from Recent Major Outages
Salvatore Salamone
August 1, 2022
Are Cloud Outages the Result of Choosing Price Over Reliability?
Joao-Pierre S. Ruth
August 4, 2022
What Can Network Managers Do About Cloud Outages? (Not Much)
Salvatore Salamone
August 3, 2022
Is It Time to Cut Our Reliance on Legacy Networks?
Justin Day
July 28, 2022