Is Your Network Optimized for WiFi Calling?

Find out how to make sure users experience the benefits of WiFi calling technology on your network.
Andrew Froehlich

WiFi calling through smartphones has been around for a few years. But despite it being a common feature on Android and iOS devices, many don't realize that it’s disabled by default. Still, looking at the numbers, more mobile users are indeed enabling WiFi calling. So, if your organization embraces BYOD, you’re going to want to make sure your network is optimized for voice communications.

Before we get into optimization techniques, let's look at how WiFi calling works. Also known as Voice over WLAN, it's a packet-voice technology that allows public switch telephone network (PSTN) calls on mobile devices to be made over WiFi as opposed to the carrier cell network. Its original intention was to allow customers to maintain their ability to use carrier voice and text message functions while located in areas with little or no cellular signal. While WiFi calling was originally marketed to provide a supplementary boost for customers who had weak mobile signals inside buildings or on the edge of cell networks, many have come to realize that call quality is greatly improved when on a WiFi network that is operating properly.

When a call is made using WiFi, the phone builds an application-specific IPsec VPN tunnel to the carrier’s network. Authentication occurs automatically using secure credentials installed on the phone SIM card; the tunnel setup is completely transparent to the end user. Once the tunnel is built, all VoWiFi packets are encrypted, transported over the WLAN, and sent over the internet to your mobile provider’s IPsec gateway. The provider decrypts the packets and places the call back on the public switched telephone network (PSTN).

As you can see, the networking technologies behind WiFi calling have been around for decades, they’re just used in a slightly different way. Yet, because we’re dealing with mobile operating systems, VPNs, WiFi, and real-time streaming of voice packets, there are steps we can make to ensure our corporate network is optimized for WiFi calling.

The first step is verifying that end-user devices can build per-application VPN tunnels which communicate to the carrier residing on the internet. In most networks that utilize network address translation (NAT) at the internet edge, you’ll need to verify that UDP ports 500 and 4500 are allowed from WiFi subnets to the internet. UDP 500 is used for phase one of the setup while IPsec encrypted packets are sent over UDP port 4500. Having either of these ports blocked means that WiFi calling will not function. If you work in an organization that has very strict firewall rules, you’ll likely need to work with each cellular carrier to determine the fully qualified domain names for each IPsec gateway on their network to properly configure the firewall rules. 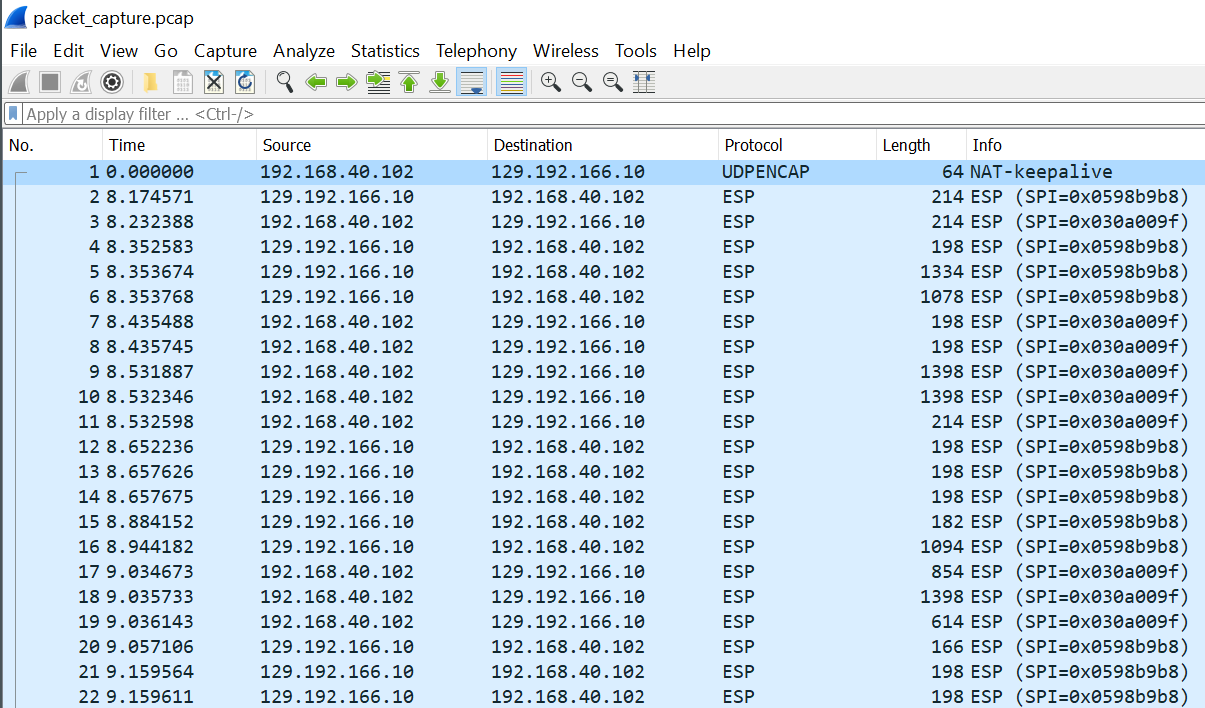 Once the proper access is permitted on a network to establish IPsec WiFi calls to a carrier network, it’s time to optimize the experience. Depending on your WLAN hardware and architecture, these steps may vary slightly:

Wireless density refers to the number of WiFi devices one should plan to support within the area of coverage. Because WiFi calling offers end users several benefits including better signal strength and improved call clarity, assume that more users will opt to join your WLAN. Your WLAN design should account for this bump in wireless density and ultimately, place wireless access points closer together to better manage the increase in connected devices.

Prepare for an increase in internet traffic

Make sure to plan for a bump in internet bandwidth usage of 12Kbps to-72 Kbps per WiFi call. While this may not sound like a big number, it can add up quickly when you’re talking about dozens or even hundreds of simultaneous calls over the WLAN.

Most enterprise-grade WLAN vendors advise enabling technologies that allow for seamless roaming between wireless access points on a WLAN. This includes adopting IEEE 802.1X for fast authentication roaming techniques as well as IEEE 802.11k and 802.11v to provide assisted roaming.

Steer devices to connect at 5GHz

One easy way to ensure mobile devices have the best WiFi connection for sensitive voice communication is to steer them to connect to the 5 GHz band as opposed to the 2.4 GHz band. The reasons for this are many, including the fact that the 5 GHz range is less congested, has more non-overlapping channels, and provides the greatest wireless throughput potential.

There are a couple different methods to steer WiFi calling devices to connect at 5 GHz. One way would be to create a specific SSID that only operates in the 5 GHz band. A second method would be to use a technique called band steering to force clients away from connecting at 2.4 GHz and instead use the 5 GHz spectrum.