Software-defined WAN is hot, but there are misconceptions about the technology. We cut through the hype.
Faisal Khan

Software-defined WAN has received a lot of buzz of late, for good reason: After all, its slogan is essentially “No more MPLS."  That's enough to catch most IT pros' attention. However, one should look beyond slogans to see what the technology can actually deliver.

I've spent a lot of time talking with different SD-WAN vendors to know more about the technology, their products and capabilities. I do see a lot of benefits of this technology, but at the same time I see a lot of marketing mixed with the technical stuff, promising the moon to customers.

This blog, therefore, aims to clear up some misconceptions and myths about SD-WAN.

But before we dig deeper, let's define what SD-WAN is. SD-WAN makes it possible to bond multiple WAN connections -- Internet, MPLS or any other transport pipe --  effectively making the best use of bandwidth and reducing dependency on expensive MPLS links. This is done by placing edge devices at customer sites that are managed centrally. Overlay tunnels are created on top of the available transport links. SD-WAN is transport agnostic, so it does not care about whether the transport is MPLS, broadband or a 4G connection.

There is a direct business case here: Use the Internet pipe to deliver what the MPLS pipe would otherwise deliver. Why purchase a big pipe for MPLS when one can buy a small pipe with a parallel Internet/ broadband (best effort) link? SD-WAN will put the critical, real-time data on the MPLS link and the rest on broadband, thereby reducing the need to have a big pipe of MPLS to carry both kinds of data..

SD-WAN proponents often claim that the technology will replace MPLS and extremists go as far as saying that one should completely forget about MPLS. Nothing is further from the truth. As long as guaranteed QoS is needed, there will be a need for reliable transport. It can be MPLS or any other transport, but not SD-WAN with pure Internet links.

There's a big difference here. MPLS is a WAN technology where a user has full control over 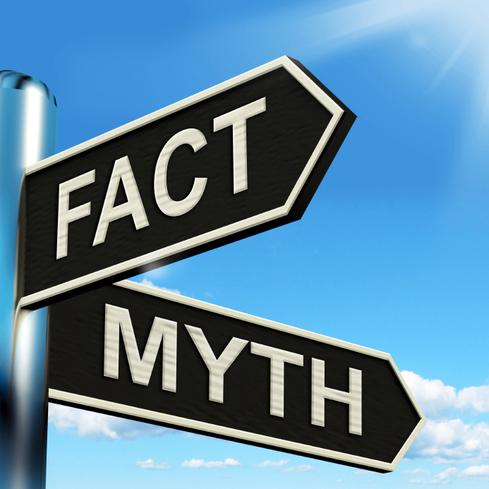 traffic engineering. SD-WAN, on the other hand, is an edge technology; all the intelligence in the SD-WAN lies in the edge. To an SD-WAN, the network is a cloud and a black box.

Therefore, an SD-WAN can make decisions based on measurements at the edge, but it has pretty much no control over what is in the cloud. Even SD-WAN vendors would tell you to keep an MPLS link in parallel to the broadband link to ensure QoS for real-time traffic like voice and video.

Truth: SD-WAN can reduce a company's dependency on MPLS, but cannot eliminate MPLS.

Actually, this is a misconception stemming from  successful marketing by SD-WAN vendors. The marketing says that SD-WAN can measure packet loss, jitter and latency and compensate them.

However, consider the following:

So then why myth 2 is so pervasive? Because the vendors mean something else when they mean QoS compensation. What they actually mean is that they can select the best path among the paths available, so if a connection has bad performance indicators like packet loss, jitter and delay, they will switch you to another path that has better performance indicators.

Truth: SD-WAN can detect and measure latency, packet loss and Jitter. It can compensate for packet loss but not for latency and jitter. It can switch you to the best paths among the paths available. If all paths are bad, it cannot guarantee you QoS.

Myth 3: The only benefit of SD-WAN compared to MPLS is cost.

It’s not only cost savings. SD-WAN can provide other things which MPLS cannot, or at least not easily. The management and orchestration of SD-WAN is what differentiates the technology from its competitors.

The plug-and-play concept of the edge device and the point-and-click provisioning of the services are tremendous advantages. Everything is centralized, GUI based and much easier to work when compared to MPLS. In fact, you don’t need to be an expert to run an SD-WAN and that is its biggest selling feature.

Truth: SD-WANs are not only cheaper but much easier to manage, operate and maintain.

SD-WAN is more than just WAN optimization. WAN optimization is designed to reduce bandwidth consumption using a variety of techniques like compression, caching, and deduplication. The result is the effective use of the available limited WAN bandwidth.

WAN optimization is designed for TCP traffic that is not delay sensitive.. However, the indirect benefit of reducing TCP bandwidth is the creation of more room for VoIP traffic (delay sensitive), which may benefit the call quality.

SD-WAN deals with the delay sensitive and real-time traffic in a more direct way. It measures jitter, delay and packet loss at the end nodes and can seamlessly switch the traffic to the best path available among the bonded links.

We can say that WAN optimization and SD-WAN are complementary since they can be used together to provide the best treatment to all kind of data available. There are vendors that offer WAN optimization as one of the options in an SD-WAN product.

Truth: SD-WAN and WAN optimization are different; they can be used independently or combined together for optimum bandwidth utilization.

So in conclusion, SD-WAN is a good technology and holds great promise, but it should be looked from a deep technical perspective rather than pure marketing statements that can be misleading.

What do you think? Have you encountered these SD-WAN myths? Are there others you'd add to my list? Let me know in the comments section.