Enterprise networks today are under massive pressure. On top of surging IP traffic, users demand anytime, anywhere access, the Internet of Things is growing, and there's an increasing business need for better visibility into the network and how it performs. At Interop, vendors rolled out new networking products that aim to help businesses address these challenges.

On the wireless networking front, several vendors introduced new wireless access points designed to ramp up WLAN deployments as well as products that streamline network management via the cloud.

Extreme Networks unveiled a cloud platform for managing both its wireless access points as well as its wired networking equipment at the edge. ExtremeCloud initially supports management of three models of the vendor's X4440 access switches and the X620-16x edge switch. The platform targets small and midsize businesses as well as enterprise branch offices and includes embedded analytics for application visibility and control.

ExtremeCloud uses the same hardware and firmware as Extreme's on-premises management platform, giving users the flexibility to switch from the cloud version to the on-premises model.

The announcement follows Dell's launch last week of its cloud management system in partnership with Aerohive, a pioneer in the cloud-managed WiFi market. The co-branded system extends Aerohive's cloud-based HiveManager NG software for managing Aerohive APs to Dell N-Series campus switches. Dell is selling the co-branded system with Dell support. Dell is expected to showcase the system at Interop, along with two new in-rack data center switches that it also announced last week.

Milind Pansare, strategic marketing director at Aerohive, said in an interview at Interop that HiveManager is available hosted in the public cloud by Aerohive, or customers can deploy it on a VM behind their firewall if they prefer the private cloud model. While SMBs tend to be comfortable with public cloud, larger enterprises want the ease of use of cloud-managed WiFi, but only in a private cloud, he said. The integration with Dell enables users to centrally manage and configure both the APs and switches with unified policies for network access and application usage.

Nolan Greene, senior research analyst at IDC, told me in an email interview that cloud-managed WiFi and unified wired and wireless networking have both been emerging as separate trends for some time.

"Naturally, there are organizations that want to enjoy the benefits of both. For example, they want the distributed architecture of cloud-managed, and the unified management console and ability to set uniform application policies across both wired and wireless, that unified access offers," he said, adding that cloud-managed WLAN/LAN solutions typically appeal to small and midsize enterprises.

Lee Badman, a wireless networking professional, said end-to-end management of LAN, WLAN, and security devices is important, but he added that the quality of management framework is key. If the NMS is abysmal, he wouldn't manage his switches in the same pane of glass as his wireless environment.

With 802.11ac Wave 2 ramping up, Interop attendees can expect to see new APs that support the wireless standard. One of the benefits of 11ac Wave 2 is Multi-User MIMO (MU-MIMO), which promises to increase WLAN user density by supporting more clients simultaneously.

ALE, which operates under the Alcatel-Lucent Enterprise brand, announced three 11ac Wave 2 access points, along with a new stackable access switch that supports the new APs with 2.5 GbE ports and high-power power over Ethernet. The vendor also introduced a compact, ruggedized switch to support IoT connectivity in harsh environments such as outdoor transportation and traffic control sensors, and industrial factory floors.

Heitor Faroni, head of solutions marketing at Alcatel-Lucent, told me that the new products are designed to help companies prepare for the both the influx of IoT devices and growing demand for enterprise mobility.

The new Wave 2 APs provide scalability in the BYOD era, Bryan Slayman, EnGenius product line manager, said in an interview. "As number of BYODs come into the picture, each AP has to manage a larger number of users. Wave 2 helps [support] the number of clients coming onto the network and making sure each client has enough bandwidth." 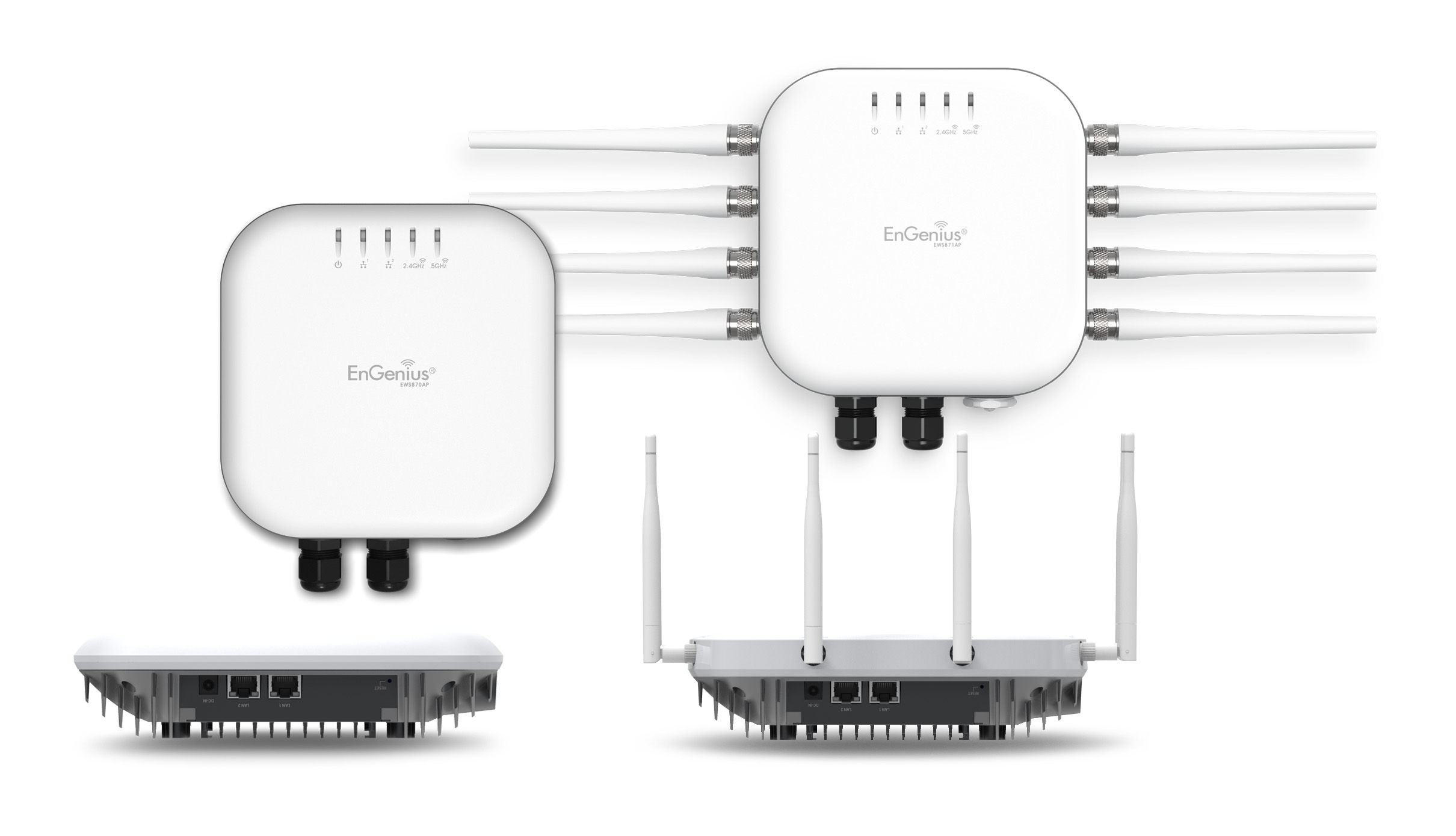 Here are some of the other new products introduced at Interop 2016: