What the Dahua & Hikvision Controversy Means for Your Network Privacy

Being able to scan an entire network for all the devices connected to it brings greater confidence and security when accessing and downloading data.
Marco De Angelis 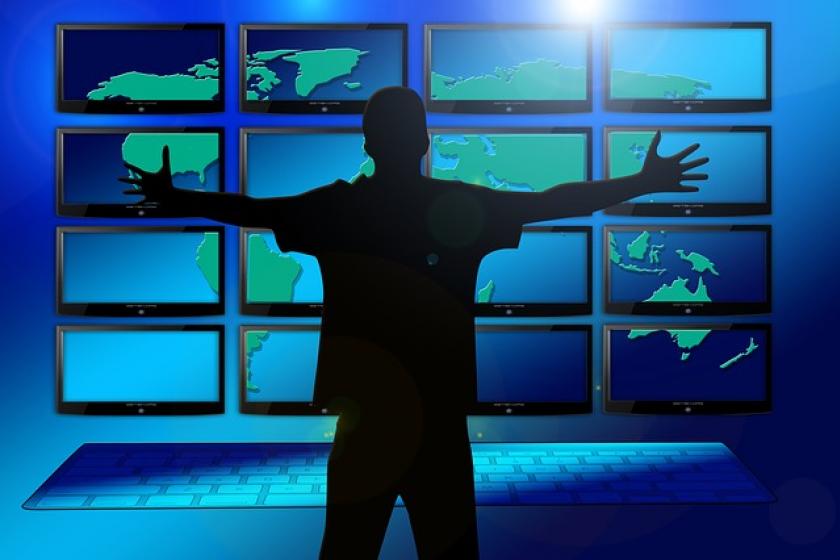 While Dahua and Hikvision products have been banned in the U.S. over ethical and security concerns, many countries are still making use of their surveillance technology.

Recently, research by Dutch broadcasting company NOS revealed that these cameras are installed in over 50 municipalities in The Netherlands where the topic is trending. American media have shared similar data, stating that 60% of U.K. public bodies are using said cameras.

The controversy invites us to scrutinize surveillance cameras, our use of public networks, and why we need to place more emphasis on protecting network access.

What is the Dahua & Hikvision controversy?

Although still in use today, ethical and security concerns over the Dahua and Hikvision surveillance products have been raised since as far back as 2015, when their ties to the Chinese government were considered to be ethically dubious.

Since then, the subject has continued to resurface in international media. In 2017, when a link was found with the Xinjiang internment camps that were being built. In 2019, when the U.S. government under President Trump sanctioned Hikvision. In 2020, when the Norway Ethics Council recommended excluding Hikvision from investment by the Government Pension Fund Global. In 2021 when the U.S. banned Hikvision altogether, and the EU removed them from their Parliament’s premises. And now, in 2022, with Beijing’s Olympic Games, where the cameras are used to secure the event.

Hikvision and Dahua have repeatedly denied their involvement in any human rights abuses or corporate/government espionage. They regret the sanctions and bans and have stated that these are completely unjustified. Meanwhile, the surveillance cameras by Hikvision and Dahua remain in high demand, with Hikvision becoming the largest camera manufacturer in the world.

The pros and cons of surveillance cameras

Obviously, the pros outweigh the cons; otherwise, video surveillance wouldn't be used as much. But it remains the subject of much debate, especially with the increasing value of personal data.

Governments that regulate data protection, for example, the EU with GDPR, alleviate some of the concerns that people have with surveillance cameras, like the fact that footage needs to be deleted after a certain amount of time and that companies need clear policies regarding the use of video surveillance.

But that also has proven difficult to monitor, and it does not solve the other cons. Overall, however, it seems like surveillance cameras are accepted for what they do and don’t do.

As we know, the main pros of surveillance cameras are to help improve public safety by making people feel safer and to reduce crime by catching criminals, but they can also have other users, such as providing real-time traffic information.

However, there are certain drawbacks. The increase of cameras in major cities around the world has led to calls about the technology invading people's privacy, while there have been several cases of systems being hacked as well as cases that argue that they don’t prevent crime as much as we’d hoped.

Another (dis)advantage to surveillance cameras is that they become smarter as we progress our digital technologies. Through the use of AI, cameras are capable of biometric identification and can recognize who you are, whether you are sick or not, and they can even read your mood.

While this has some clear advantages, it also makes it scarily precise. Some countries and U.S. states have therefore banned this technology from use by law enforcement, while others are considering it. Meanwhile, there are reports that suggest that Hikvision may, in fact, be using AI emotion-detection software in the Xinjiang region, although the company denies it.

The need for better network surveillance

Just because we need to accept the presence of cameras, it doesn’t mean we need to let our guard down. People have a right to privacy, to know when they are being watched and what happens to that data.

If you are set on your privacy and if you want to protect your data, it might be time to take matters into your own hands and do some monitoring of your own. In fact, it is becoming standard practice to use apps that can scan networks wherever you go, fighting fire with fire by giving you eyes on all connected devices around you.

Whether you log into your own network or a guest network, being able to scan the entire network for all the devices connected to it brings greater confidence and security when accessing and downloading data. It can even tell you whether there's a spy camera around you.

For good or bad, we might not be able to get rid of surveillance cameras, but we can certainly do better in understanding what’s around us – even if we don’t know it’s there in the first place.

Marco De Angelis is the co-founder of Fing.