A startup with the goal of preventing network outages and vulnerabilities by taking the pain out of network management emerged out of stealth today.

Forward Networks, founded by Ph.D. students who helped develop OpenFlow at Stanford University, sells modeling technology that uses formal verification to make a copy of an enterprise network in software. The idea is to make it easier for network administrators to verify that devices are operating according to policy and correct misconfigurations that can lead to an outage or security vulnerabilities.

The software also is designed to allow organizations to see how changes to firewall rules, routers and other devices will impact the network to avoid issues.

Forward Networks CEO David Erickson and his three co-founders helped pioneer software-defined networking before the term was coined as students in Nick McKeown's research group at Stanford. They worked alongside Martin Casado, who founded Nicira with McKeown.

Erickson told me in a phone interview that he and his colleagues were inspired to develop Forward Networks after getting frustrated trying to manage OpenFlow-based networks at Stanford. While talking to other network operators after graduating in 2013, they realized that the pain they experienced wasn't exclusive to OpenFlow. Networks are tremendously complex with many diverse elements and rely too heavily on manual configuration by administrators who only have old tools like ping and traceroute, he said.

"We realized that networks were going to keep getting more complex, so that pain would just get worse," he said. "If it wasn't resolved, it would hold back networking as an industry." 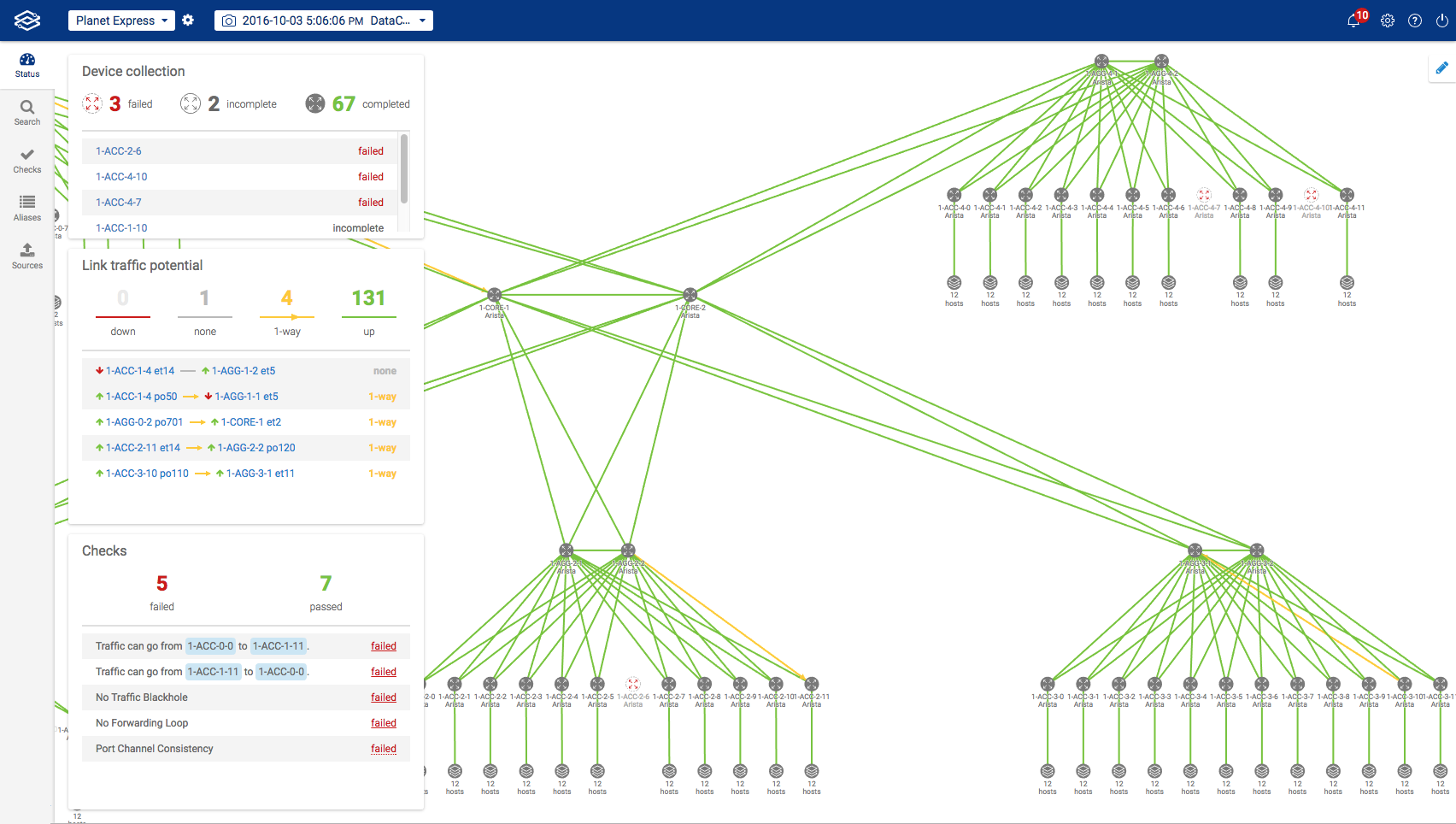 The startup's technology is based on a set of algorithms for describing network behavior developed by co-founder Peyman Kazemian. Called Header Space Analysis, the technique builds a model for predicting packet forwarding behavior on a network after collecting configuration and state data from network devices. Forward Networks says the scalability, accuracy and ability to model both stateless and stateful network devices sets its platform apart from others.

Another startup, VeriFlow, also uses formal verification to the network to ensure policy compliance. VeriFlow launched in the spring, focused on preventing breaches and outages that can happen from configuration errors.

"This field is still immature, but shows promise in the long term," he told me via email. "It's not disruptive (i.e., you don't need to buy new network equipment) so trial is relatively simple. The question is whether customers perceive sufficient value."

Erickson said Forward offers three capabilities on its platform: Search, which is designed to give operators the ability to quickly see how traffic flows from point A to point B; Verify, which validates policy compliance; and Predict, which helps operators see how configuration changes will impact the network.

Forward Networks already counts a couple big customers: Hewlett-Packard Enterprise and Australian telco Telstra. Erickson wouldn’t disclose pricing, but said it’s a yearly subscription. The company is targeting financial-services firms, telcos, and IT providers. Its technology is delivered either as a virtual machine installed on premises or via the cloud.

Founded about three years ago, Forward Networks has raised $11.5 million in funding from investors that include Andreessen Horowitz, where Casado is now a partner.