Microsoft beat Google Drive to the punch and took a swing at Dropbox for good measure with its SkyDrive update this week. SkyDrive for Windows lets Windows Vista and Windows 7 PCs sync SkyDrive files and folders just like Dropbox does. Once you've installed the software, you can use Windows Explorer the same way with SkyDrive as you would with any other Windows folder or file.

You can download the free SkyDrive software from https://apps.live.com/skydrive. The installation includes a quick tutorial. You'll need a Microsoft Windows Live ID. If you have used SkyDrive, Hotmail, Messsenger, or other Microsoft online products, you can use the same ID.

Once you've installed SkyDrive, you can access SkyDrive files and folders using Windows Explorer just like any other Windows file or folder. You can see in the screenshot below that by default SkyDrive is installed under your Windows profile--in my case, C:\Users\Todd\SkyDrive. You can change this location if you wish. SkyDrive can peacefully coexist alongside other cloud storage services such as Dropbox and My Cubby. 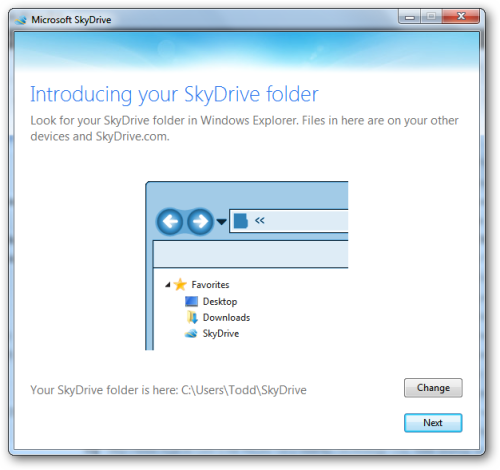 The final installation step is to accept the default setting that lets you access files on SkyDrive from any other device. It's hard to see why you would want to disable this feature.

If you already use SkyDrive, you might be surprised to see that this update comes with only 7GB of free cloud storage. Although 7GB is more than the 2GB offered by Dropbox and the 5GB offered by Google, it's far less than the 25GB of free storage the old SkyDrive offered. No worries. Just run over to SkyDrive.com (or skydrive.live.com) and get a free upgrade back to 25GB.

Click on the Manage storage link on your account page. You should see the screen below, which lets you recover your 25GB of free storage. If your SkyDrive account has more than 4GB of space used, your account is automatically returned to 25GB of free storage. There are also options for current and new SkyDrive users to purchase additional storage on an annual basis: 20GB for $10, 50GB for $25, and 100GB for $50. Note that this is in addition to the free 7GB of storage. 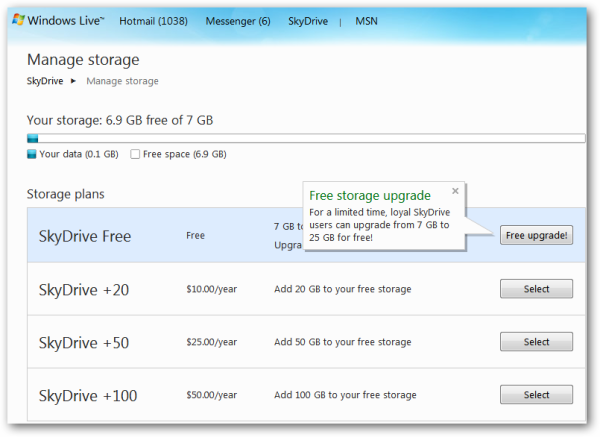 The process of syncing files from the SkyDrive cloud to a local drive is a slow one. Less than half of the 132.6MB of files in my SkyDrive account was downloaded an hour after installation. I presume this is to minimize network access impact. 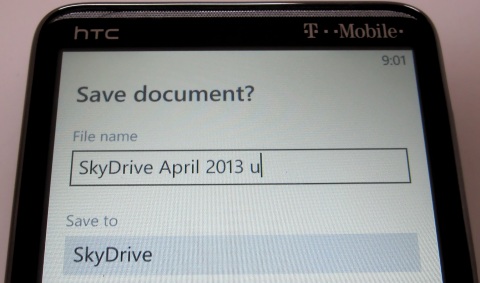 Microsoft also released a preview version of SkyDrive for OS X for Mac users that provides access to SkyDrive directly from OS X's Finder. For more on SkyDrive and how you can use it on your mobile devices--iPhone, iPad or Windows Phone--check out How To Do Cloud Apps With Microsoft.