That didn't take long. Just about seven months after Hewlett-Packard Enterprise unveiled an industry initiative to develop an open source network operating system, the project has shifted to the Linux Foundation.

"OpenSwitch brings another important ingredient of the open networking stack to the Linux Foundation," Jim Zemlin, the foundation's executive director, said in a prepared statement. "We're looking forward to working with this community to advance networking across the enterprise."

According to the Linux Foundation, by falling under its auspices, OpenSwitch "gains a neutral home where it can receive all the necessary support for long-term growth and sustainability."

When HP (as it was known at the time) announced the OpenSwitch community last fall, it had support from Accton Technology, Broadcom, Intel, and VMware. The support has expanded, according to today's announcement, which also names Cavium, Extreme Networks, LinkedIn, Mellanox, Nephos, P4.org, Quattro Networks, and SnapRoute as participating members in the project.

“Transitioning OpenSwitch to the Linux Foundation is a major step forward and testament to the maturity of OpenSwitch and realizing the promise of creating stable and agile network infrastructures that can adapt to changing business requirements," Dominic Wilde, VP and general manager of Hewlett Packard Enterprise's data center networking business unit, said in a statement.

"As a catalyst in creating the source code, HPE will continue to actively participate in the OpenSwitch community to help make OpenSwitch the leading open source data center network operating system and the choice for demanding cloud data center business applications," he said. 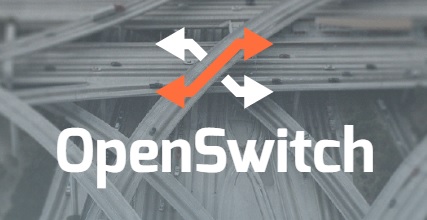 Facebook and other Internet giants have pushed the concept of open networking, arguing that traditional networking devices with tightly integrated hardware and software didn't meet their flexibility and scalability requirements. They've developed their own networking equipment to meet their needs.

White-box switches that run Linux-based network operating systems from companies such as Cumulus Networks and Big Switch Networks on commodity hardware are a growing market.