How SSDs Can Reduce Server Costs

In all the hoopla about the price of solid-state drives compared with hard-disk drives, the reality of SSD benefits may have been missed. In a nutshell, if you replace those slow HDDs with some SSDs, server performance is substantially increased.

This means fewer servers to do the same job. We aren’t talking a percentage point or two here. Even without re-tuning the applications, performance can improve between 30% and 1,000%, according to various estimates. That’s because many of our applications are IO-starved -- a problem goes away completely even with low-end SSD.

Still, years of slow hard drives have brainwashed many into believing that improved server performance is achieved by moving to the next version of CPU. This really was the only good solution for the three decades when HDD performance hardly changed.

The first inkling of “SSDs as a server cost saver” dates back to 2007, when Intel found that using SSDs reduces the need for expensive registered DRAM. In fact, Intel saw that half the DRAM could be removed without losing performance. Current SSDs are much faster than those first drives, so the effect is probably understated today.

The next logical step was to figure how much faster applications ran using SSD. Intel's initial tests were a mixed bag, since some applications were so dated in their IO structure that they ran single- threaded disk operations and hibernated while waiting for the data. The overhead in the IO reduced performance enormously.  Still, that is mostly behind us now.

So, how much faster are SSDs today? It depends on what you do. If your access is random IO, such as for a SQL database, a SSD can range upward from 80,000 IOPS compared with the best HDD at 300 IOPS. If, on the other hand, you are looking at a streaming scenario such as surveillance video, the gap isn’t quite as pronounced, with a SSD at 500 MBPS versus 120 MBPS for a typical bulk hard drive.

Even so,  this is a substantial increase, which we can expect to leverage into the total application performance. Tests of databases find SSDs provide big plus in performance, giving the IT shop an option: They can deliver more with less, either repurposing some of the servers or avoiding an expensive server upgrade.

It doesn’t take an Excel whiz-kid to figure out that needing just 30% less servers to do the job is cheaper than the SSDs needed to make it happen. In fact, with typical savings better than 30%, anyone faced with a server upgrade need would do well to look at SSDs instead. With a 60% reduction, the savings on 100 typical servers at $6,000 each is around $250,000. 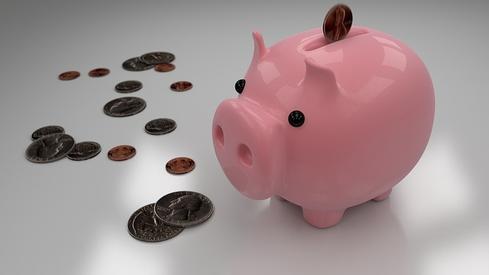 Of course, that’s a guesstimate. Fewer software licenses may increase the savings a lot. I also figured on being smart and only replacing four of the HDDs in a typical 12-drive server with SSDs. Those four SSDs should be plenty big enough to use for hot data, with the remaining HDDs used as bulk storage for older data. Caching or auto-tiering software can handle the process of delegating data to the slow bulk store.

SSDs bring cost benefits to a whole raft of environments. Web servers can deliver content much more quickly, giving a website that feeling of crispness that consumers notice. Again, there are server count savings. This class of application can even use cheaper SSDs, since the data is read-mostly and wear life is not an issue.

In the surveillance space, the relative price of SSDs to HDDs still prevents any move to replace the HDD. That will change over the next couple of years, as SSD prices drop to HDD levels. At that point, the extra performance of SSDs in streaming mode will make them the preferred solution. It may be possible to use fewer drives to support the same number of cameras, allowing for a much more compact server solution.

The server count reduction isn’t limited to just changing some server drives. Anything connected to networked storage can benefit from a boost in storage performance. Virtual servers are notoriously IO-limited and making the filers, or block storage faster by a major factor really helps. Remember that there is no such thing as sequential IO in a virtual server farm; each IO is so fragmented to ensure fair shares to all the tenants that all IO is random.

In networked storage, only hot data needs to be on SSD. This limits the cost of adding the extra performance. There are many ways to get the benefit, including  all-flash arrays that are plug-and-play, putting SSDs in existing arrays, and adding flash cards to the filer to allow cloning and buffering at high speed.

The bottom line is that if you look at your total data center costs,  adding some SSDs will likely provide big savings by avoiding new server purchases, getting more from the installed base, and delivering much better response times to users.